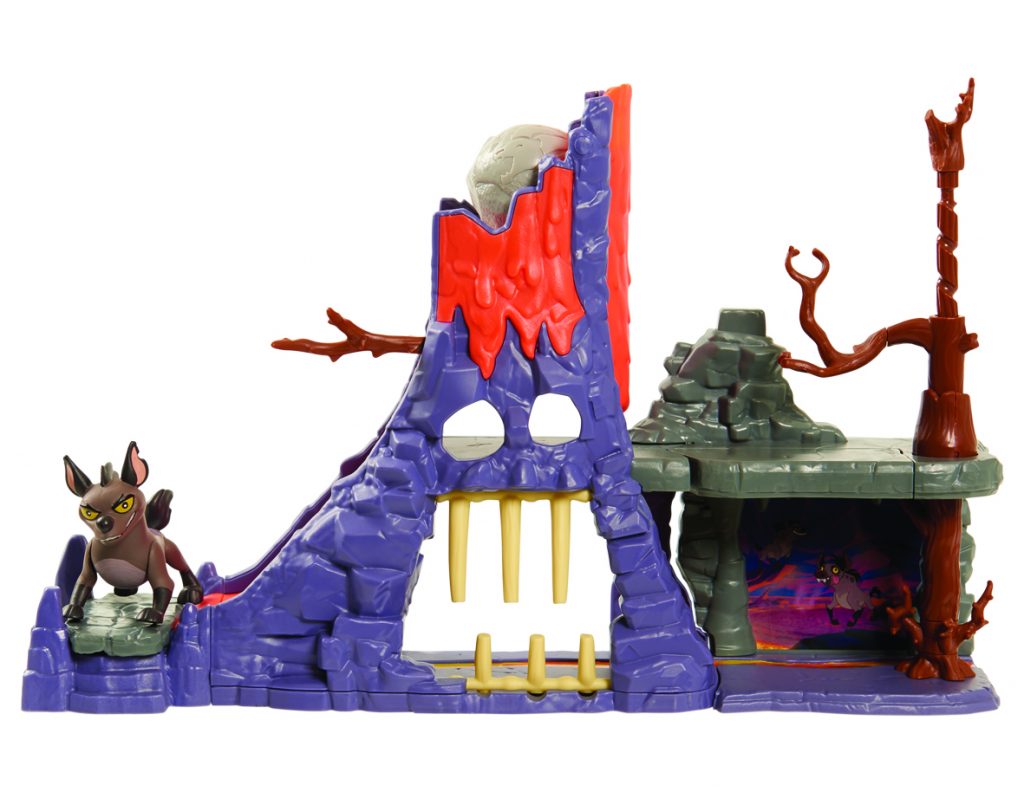 He was sent the Lion Guard Hyena Hideout Playset from Just Play, which is a mini playset that can be combined with other playsets from the range. Chunk put it with this Defend the Pride Lands set he got last year so he could create a huge adventure for the characters.

The Hyena Hideout has many features including:

– A pull down branch to close the bone jaw jail


-When the boulder collides with the tree, the tree breaks


-If the boulder rolls in the other direction the rock bridge collapses. 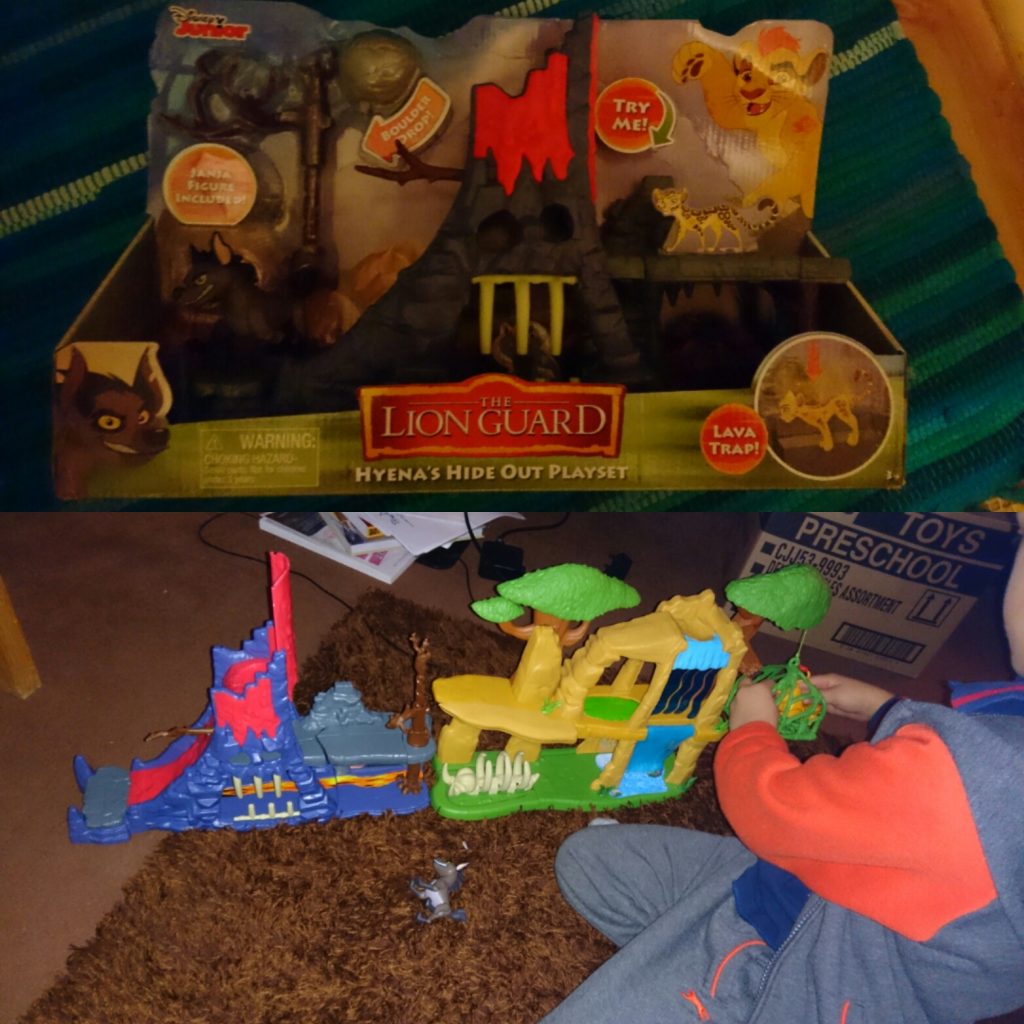 Chunk enjoyed hours with this playset, as he loved putting Janja in this set and playing him off against the other characters on the Pride Lands set.

I like these sets because they really promote role play and Chunk’s imagination is in overdrive in a good way; He creates mini stories for the characters and it’s lovely to watch how the stories unfold.

He loves all the little traps that are hidden in the playset and he likes to trick the figurines (and the odd superhero that seems to creep onto the playset too).

I like the quality of these playsets because they are not as flimsy as many others we have tested which cost at least double the price of this one!

If your child loves role playing games and has a great imagination then they will love this set.

Chunk was sent this toy to test for the purpose of this review. No payment was received and all opinions are honest and my own.