French toy retailer Megableu asked us to test a couple of toys from their fabulous range, so Chunk chose Spiderman and Alien Mission.

Spiderman features the superhero himself and a laser gun. There is a base Spiderman jumps onto and it projects shadows of a villain (Rhino) onto walls and ceilings. The player has to shoot the shadows with the laser gun before they disappear. There are three speed settings which add to the fun too. 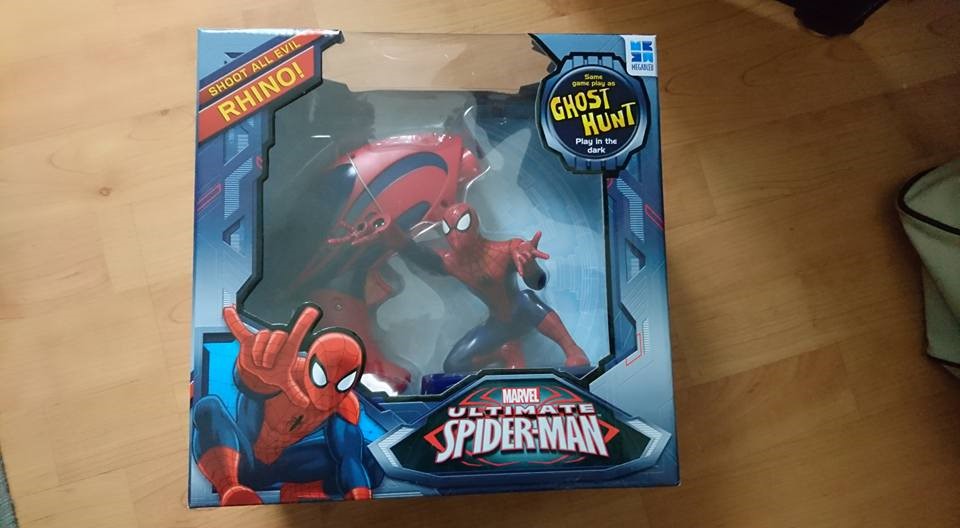 Chunk loves this game because he is a big fan of superheroes. As a kid I loved games where I could shoot things so it’s a game even I enjoy playing, which always helps when he wants to play the game for hours on end.

Alien Mission is a rather clever game, which involves googles and a laser gun. You wear the goggles and walk around the room. As you’re walking, aliens appear around the room via the goggles, and you have to try to shoot them to disable them as quickly as possible. 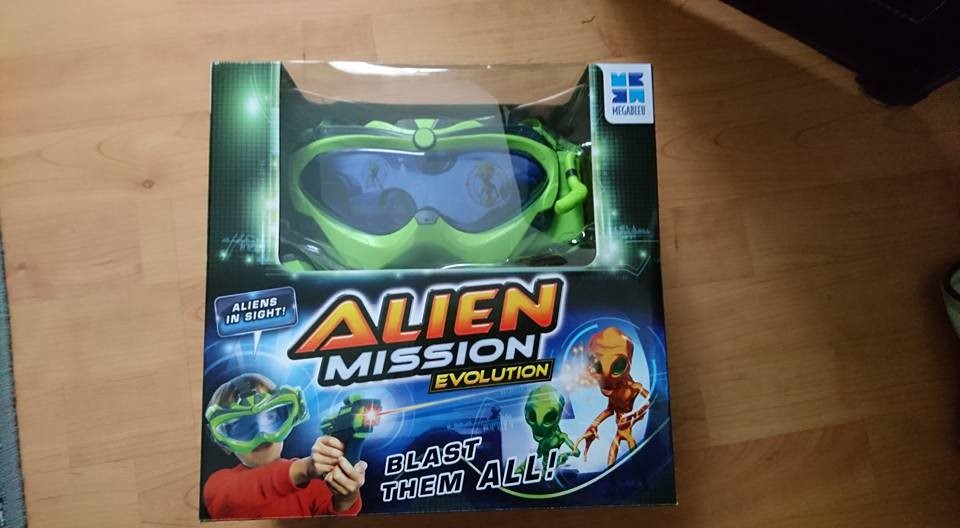 This is similar to the Spiderman game, but rather than based in just one room you can walk around anywhere, and you don’t need walls to project on. So we got to play this outdoors on the warmer days we’ve had recently and Chunk wore himself out running around the grass!

Both of these games are great in my opinion because they are active. He’s not just sitting there rolling a dice, he is running about, using hand-eye co-ordination as well as improving his concentration and target skills.
Shooting games can be controversial in many ways, but I think it’s about ensuring children know these things are pretend, and having those chats about the importance of never hurting people in real life because consequences are permanent.
I grew up playing various computer games that are like these games, but the games were time limited, only part of a large range of games I played and I was aware of why those types of behaviours are not acceptable in the real world.
If you have any girls or boys that love being active, or need to get more active, these games are perfect. They enable role play and imagination, which are important things for children to engage in during play.
These are definitely toys I would recommend for Christmas!

Chunk was sent these toys to test for the purpose of this review. No payment was received and all opinions are honest and my own.