The Teksta Micro Pets are small, robotic pets that respond to your touch and voice. Their eyes light up and they run around whilst making sounds which Chunk found hilarious. 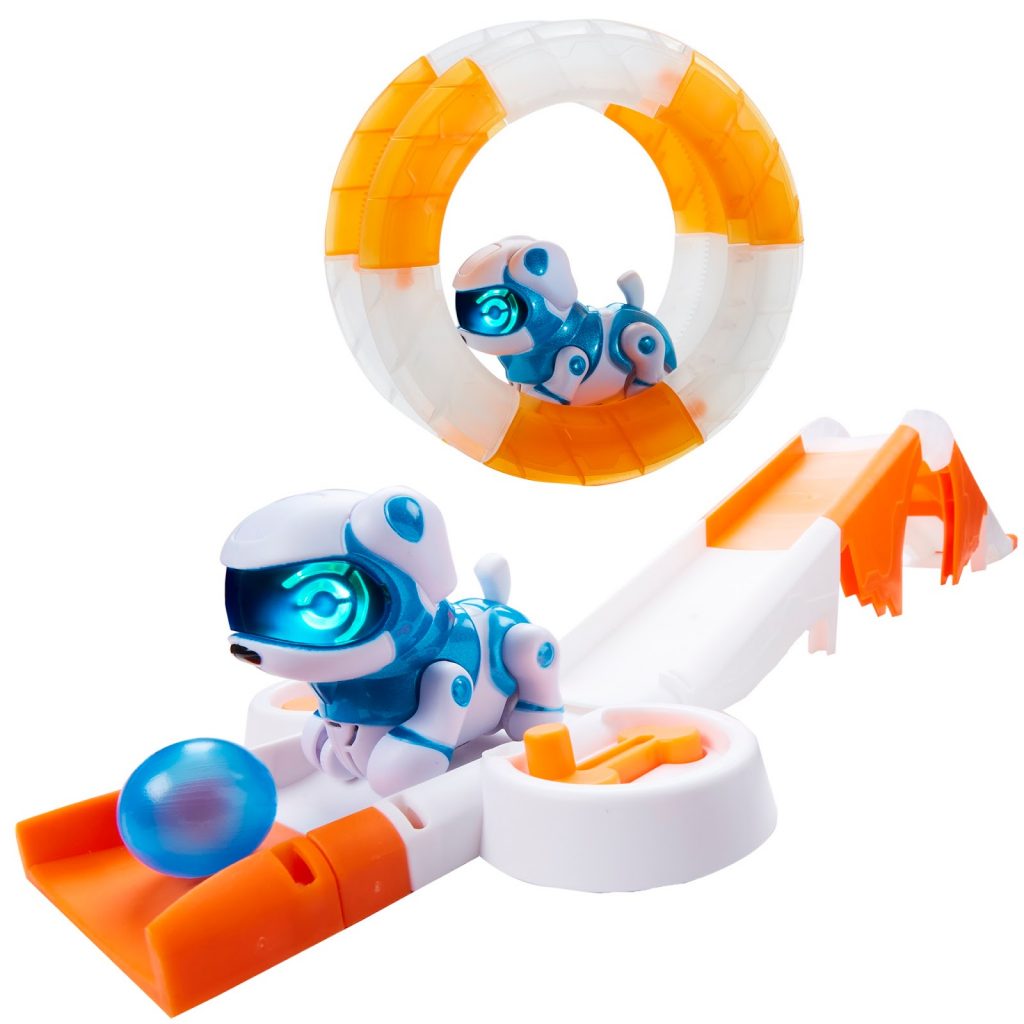 They are so tiny they fit in the palm of your hand, unlike the other robots from the Teksta range. I like how small it is, because it’s easy to take it out and about, which is far nicer than me lugging the heavier toys around all day!

Chunk was sent the Dino, and his cousin Curly got to try the Puppy. It was so cute watching how the two robots interacted with each other, but also how they listened to the boys barking orders at them.

Chunk and Curly enjoyed racing the two pets against each other and seeing how far they could travel without bumping into things.

You can also buy a playset that they can use, and the kids can design and build it how they want to which is far more fun than having a standard play unit. I imagine the playset is now on Chunk’s list for his upcoming birthday!

Unlike his other Teksta robot, these have no instruction manuals because there is no need to set anything up. You don’t need to train them, which I prefer because Chunk still hasn’t got the patience to try and train his original robot and I doubt he will until he is a few years older. 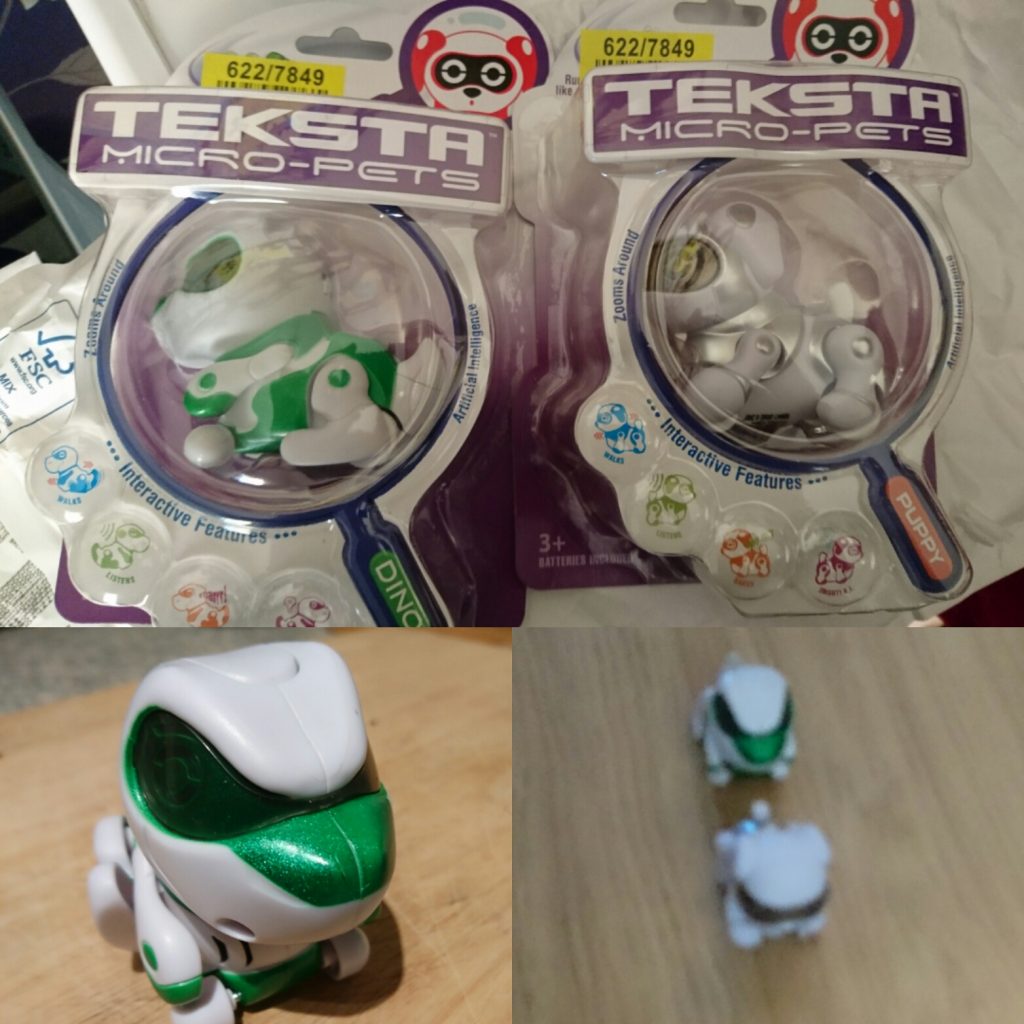 I really like these, and I’m aware there is also a kitten and a raccoon you can get. They look cute, they are appealing to boys and girls, and there is no faffing about needed to set them up.

The new micro pets go on sale early February and can be bought from Character Online. Teksta are launching a new website about the micro pets by 8 February.

Chunk was sent this product to test for the purpose of this review. No payment was received and all opinions are honest and my own.