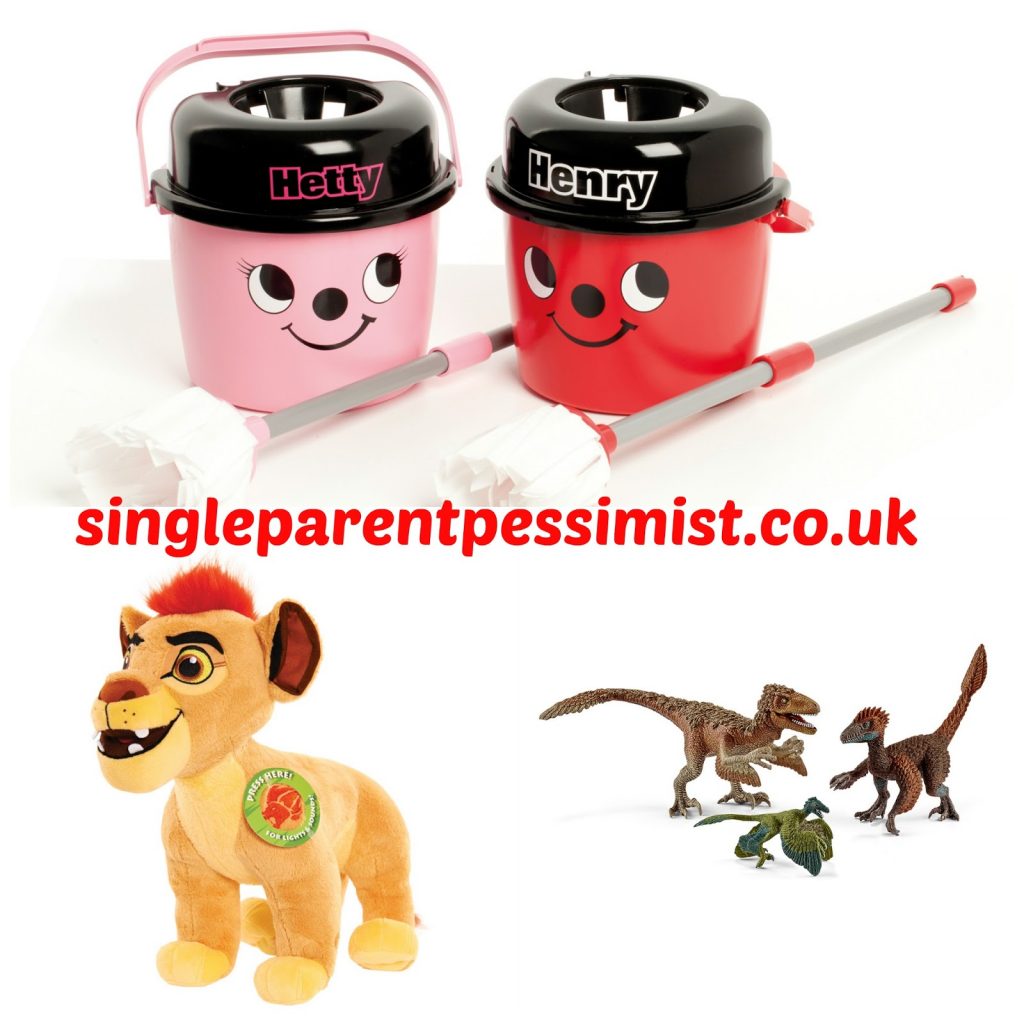 Chunk’s birthday is fast approaching so I’ve started to hunt for presents. As he’s getting older it’s getting harder because he’s a lot more fussy!

These are the things I’ve found so far, which may well help you if you’re stuck for some gift ideas: 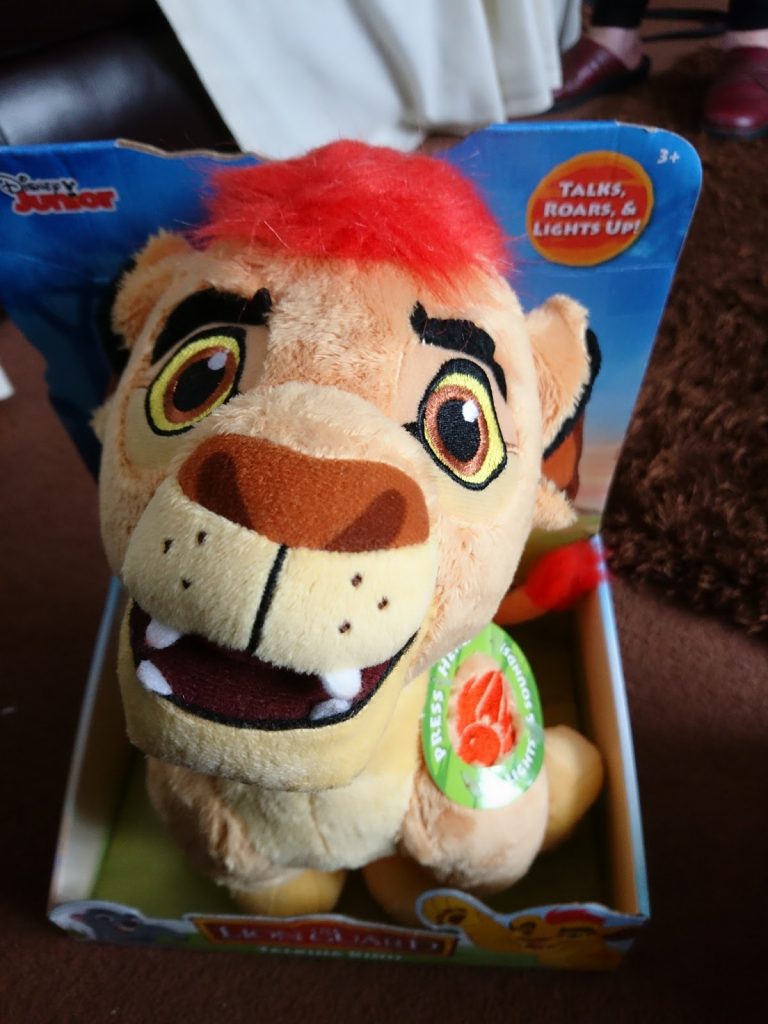 As you know from some of Chunk’s toy reviews he’s a fan of The Lion Guard, so a talking plush was a safe option. I chose Kion, but you can also get Bunga.

They have a light up ‘Mark of the Guard’ arm badge and they say four phrases. Kion’s phrases include roars and wanting to go on Pride Land adventures, whilst Bunga uses more humorous quotes.

Chunk loves toys he can cuddle even now, and he will get them all to interact and it’s interesting watching the role plays he creates.

This toy looks well made and the quotes are easy on the ear which is vital if they are going to be played a lot! 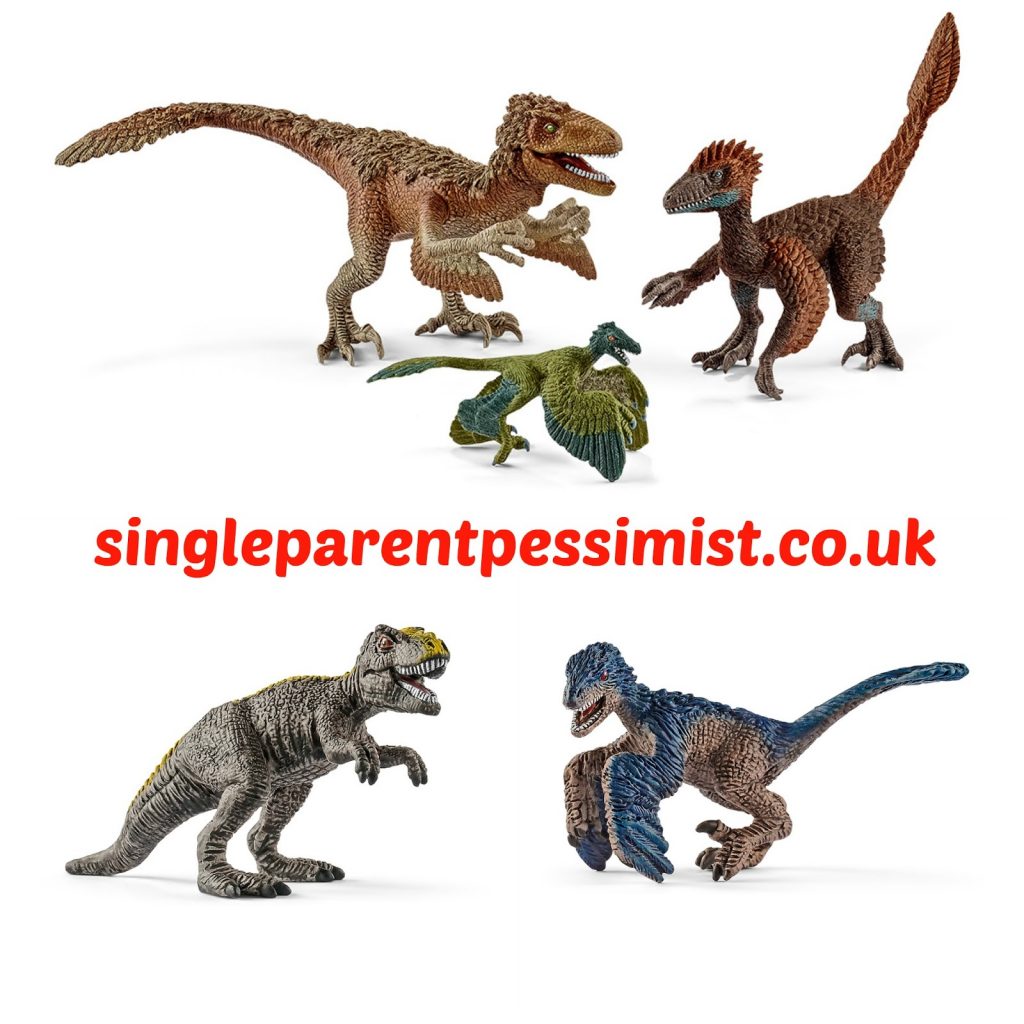 Chunk LOVES dinosaurs, so he gets them for every birthday to top up his ever-growing collection. I’ve chosen feathered raptors and mini dinosaurs this time. The feathered ones are a boxset of three and are Utahraptor, Velociraptor and Microraptor. These are three species believed to have feathers but none of these could fly.
Chunk knows about Velociraptors so he will enjoy finding out more about the other two species.

I also chose a mini Tyrannosaurus Rex, as funnily enough Chunk loves leaders of packs and cannot get enough of the king of the dinosaurs.

Chunk combines his dinosaurs with other toys; he puts them on his car mat so they can chase the trucks, they fight superheroes and I’ve made him a dinosaur herb garden at our new allotment where his dinosaurs can dig and eat leaves.

These dinosaurs are so detailed and they look well made which is important, as Chunk’s adored dinosaurs for four years now and we’ve lost some of his favourites over the years due to them being poorly made and breaking. 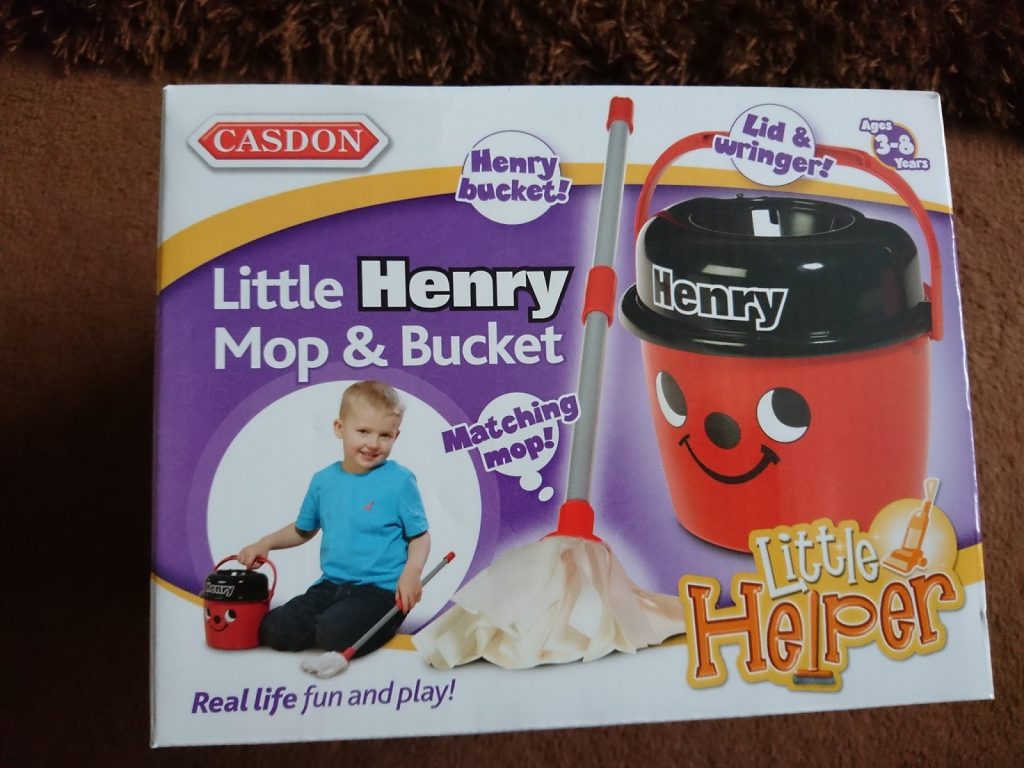 This is great for trying to introduce realistic role play, as Chunk loves to get involved with chores. We could put some soapy water in there for him to ‘wash’ the wooden flooring so we can still have fun together whilst I’m doing the boring jobs.

You can get Henry or Hetty buckets which are in great, bold colours, and they’re designed to be true to life. I was lazy as a child so when it came to living alone there was a lot I had to learn, so teaching children essential life skills in a fun way when they’re young is something I’m passionate about. It’s also great hand-eye coordination practice for him!

Casdon features some great tips and ideas for imaginative role play on their Twitter and Facebook.
Other ideas
If you have any great gift ideas feel free to comment below!
No payment was received for this post. All opinions are honest and my own.