Home Uncategorised Mum’s Tried & Tested Round-Up
7th May 201414th March 20203 Comments on Mum’s Tried & Tested Round-Up
Due to the amount of lovely things I have been sent recently, I’ve decided to start writing regular Round-Ups of all the things I’ve tried and tested, so you know what might be good to buy for your family (or not!).
Feel free to let me know what great (or awful) products you’ve bought recently by commenting below.

Natural Energy Boost for us Mums
﻿

I’ve put on so much weight since having my son, mainly because I seem to always be trying to have a quick snack to keep my energy up when with him, or because I literally don’t have the time or energy to make something that requires any effort!
At the moment I’m trying harder to shed the mummy pounds which will lead to me having more energy and I can get my old wardrobe back.

So rather than grabbing a chocolate bar, bit of toast or anything stodgy, I’ve tried these Gluco Tabs and Gluco Juice.

Both are made from natural sugar and are fast acting. Thankfully they also taste quite good!

The tabs come in packs of 10 and in four flavours (tangy orange, blueberry burst, juicy raspberry and zesty lemon and lime). There is 4g of glucose in each tab, which is more than you get in other leading brands, and it doesn’t have any of the nasty gluten, sodium or caffeine that I’m clearly addicted to these days.
The Gluco Juice is a berry flavour and is for when you need an even bigger energy boost. It contains 15g of glucose and you drink the entire mini bottle in one go.
I was impressed with both of these products, and I loved the tabs being in a sturdy tube, as it meant I can throw them in any bag alongside my son’s nappies, creams, juice and I know the tabs will still be in tact at the end of the journey. They did what I needed, with a lot less calories than a chocolate bar, so I am now a convert!
Thankfully these are sold in easy-to-find places including Morrisons and Asda. 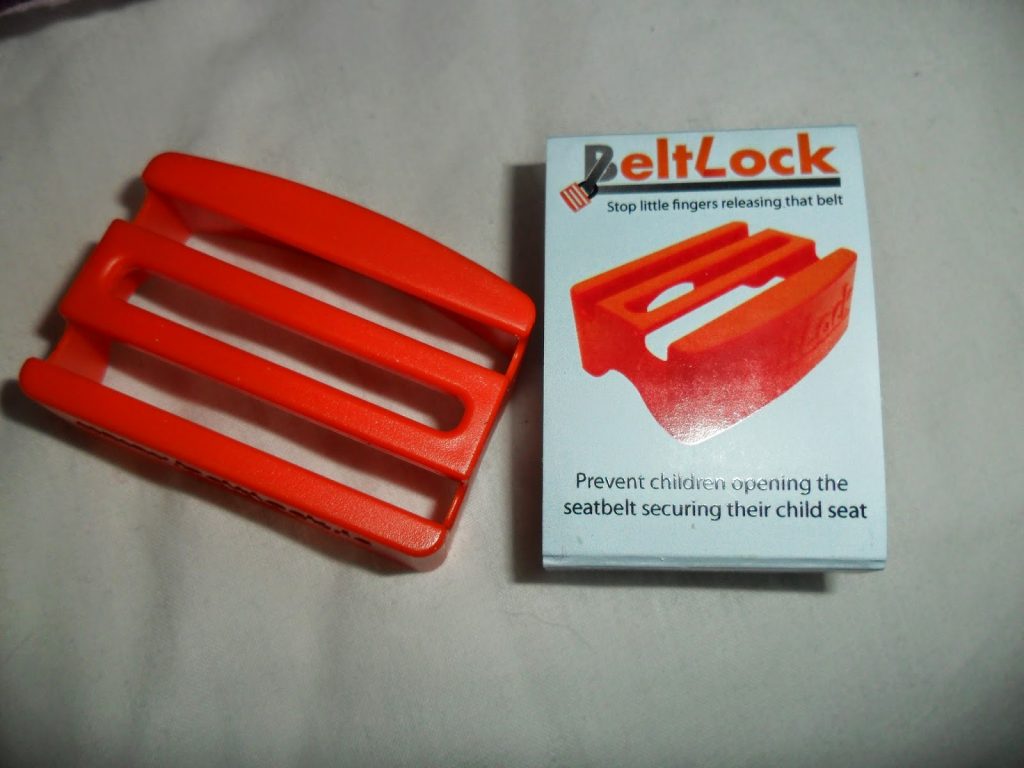 This is such a clever little invention (why didn’t I think of it?!) which stops our little ones from being able to open the main seatbelt.

My son is starting to play with the clip on his carseat, so I don’t think it will be long until he discovers the main seatbelt release button.

The Beltlock is literally just a small piece of orange plastic that slots onto the seatbelt receiver before you then click the seatbelt into it.

The little bars stop their fingers from touching the belt’s release button. To open it again, you simply slide a key between the bars to push the release button.

I love how easy it is, because I am one of the least practical people you could meet, and they even have huge pictures showing you how to do it on their website.

It’s amazing how a little piece of plastic can help keep you focussed on the road without distraction, and most importantly keep your child safe and secure in the car seat or with their main seatbelt.

Something for Mums & Dads trying to Quit Smoking

My bestie is a mum of four children (don’t know how she does it!) and is currently wanting to give up smoking, which I’m so pleased about! I managed to get her a sample of Socialites, which are electric cigarettes. They still have the nicotine, but none of the 4000 other chemicals and 60 carcinogens that tobacco cigarettes contain which can cause various cancers.

The idea behind an electric cigarette is that one of the hardest things about giving up smoking is not being able to hold and suck on a cigarette. I’ve often heard that people have resorted to eating more when giving up smoking, as they need to do something with their hands when they’re stressed!

I gave my friend the Socialites Starter Pack which includes a rechargeable battery, USB charger and two cartomizers which are the equivalent to 40 cigarettes each.

My friend has found these very useful, and she has noticed she is smoking a lot less, because you don’t have to smoke until the cigarette is finished, due to the cartomizer being so big, so she would only need two or three puffs and would be satiated.

She loved that she no longer smelt of smoke, stopped getting yellow fingers, and she no longer needed to wash her hands and change her clothes before picking up her toddler too.

She now plans to wean down on how many times she uses this per day, until she eventually will just hold it and suck on it without having any nicotine in it.

If this fails, she may use the vapour cigarettes where she can reduce the nicotine and increase the water vapour each week until she weans off nicotine completely.

Something for the Dogs…

For the very first time I’m reviewing something for my pooches! I have two, male yorkies and they were very excited to be given some free food as they can eat for England.

Harringtons gave them a big bag of Rich in Turkey with veg dried food, and some Chicken Roll Treats which went down very nicely!

The boys are 7 years old and can be quite fussy with their eating. They have only ever liked one type of dried food which they pick at during the day, in between their lunch and dinner (wet meals). I was therefore dubious about whether or not they would even try it, but after throwing it around with them in a little chase game, they soon decided to munch on it and went back for more.

I also needed to mix it into their current dried food which is multi coloured and flavoured, and I don’t know if this is because they don’t like just having one flavour? The food has no artificial colours of flavours, or any added wheat which I think is important with dogs that are getting older, so I do want them to stick with this if they can.

They especially loved the Chicken Roll Treats, and from my point of view they seemed quite a good treat choice, because again they didn’t have  any of the nasty colourings or artificial flavours you can find in most treats on the market.

As you can see here my boys loved being testers for my blog!

Charging on the Go!
NOMAD have created a ChargeCard and ChargeKey to help us be able to charge our phones wherever we are.

The ChargeCard is a micro USB cable which is in the shape of a credit card so it can fit inside yoru purse easily. It ensures you always have a USB cable on you, and you can then charge a smartphone using this and a USB port.

The ChargeKey can be fitted onto your keychain and is designed to charge Samsung phones mainly.

I love the design of them, and due to being broke, I only have a Sony smartphone, so was quite pleased when I tested them and they both worked on it!

My phone battery doesn’t last long these days now I am a Twitterholic, so it needs charging a couple of times a day; Having these in my purse will help me avoid some sticky situations I’ve had recently whilst out and about!