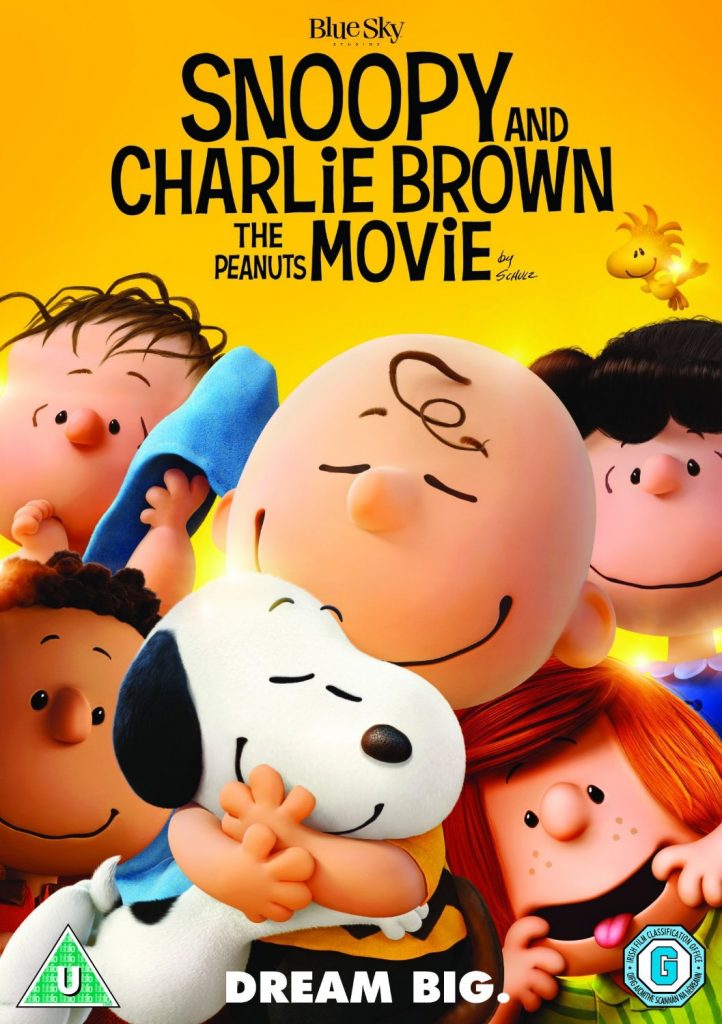 Snoopy And Charlie Brown The Peanuts Movie has been released on DVD so Chunk and I have had a sneaky peak to let you know what it’s like!

The story is about the well known characters Charlie Brown and Snoopy and has been made by those clever people who gave us the Ice Age films.

The Peanuts Movie sees Charlie Brown facing an epic and heroic quest, and it also has Snoopy going head to head with his nemesis the Red Baron.

The moral of the story is that every underdog has their day, so never give up.

As a Meghan Trainor fan I quite enjoyed watching the behind the scenes footage of how her video was made, and Chunk liked the extra Snoopy snippets!

Chunk really enjoyed the film and his favourite character was the rather cheeky, but loving Snoopy. It was refreshing for me to watch the film as I grew up watching the cartoon so I was eager to see if it had changed. Thankfully the makers have kept the same style and character personalities as the original so I got to regress back to my youth for an hour!

Chunk and I found it quite an easy watch, so it’s definitely something that would add to a chilled out afternoon during the half term.

I am a member of the Mumsnet Bloggers Panel, a group of parent bloggers who have volunteered to review products, services, events and brands for Mumsnet. I have not paid for the product or to attend an event. I have editorial control and retain full editorial integrity.