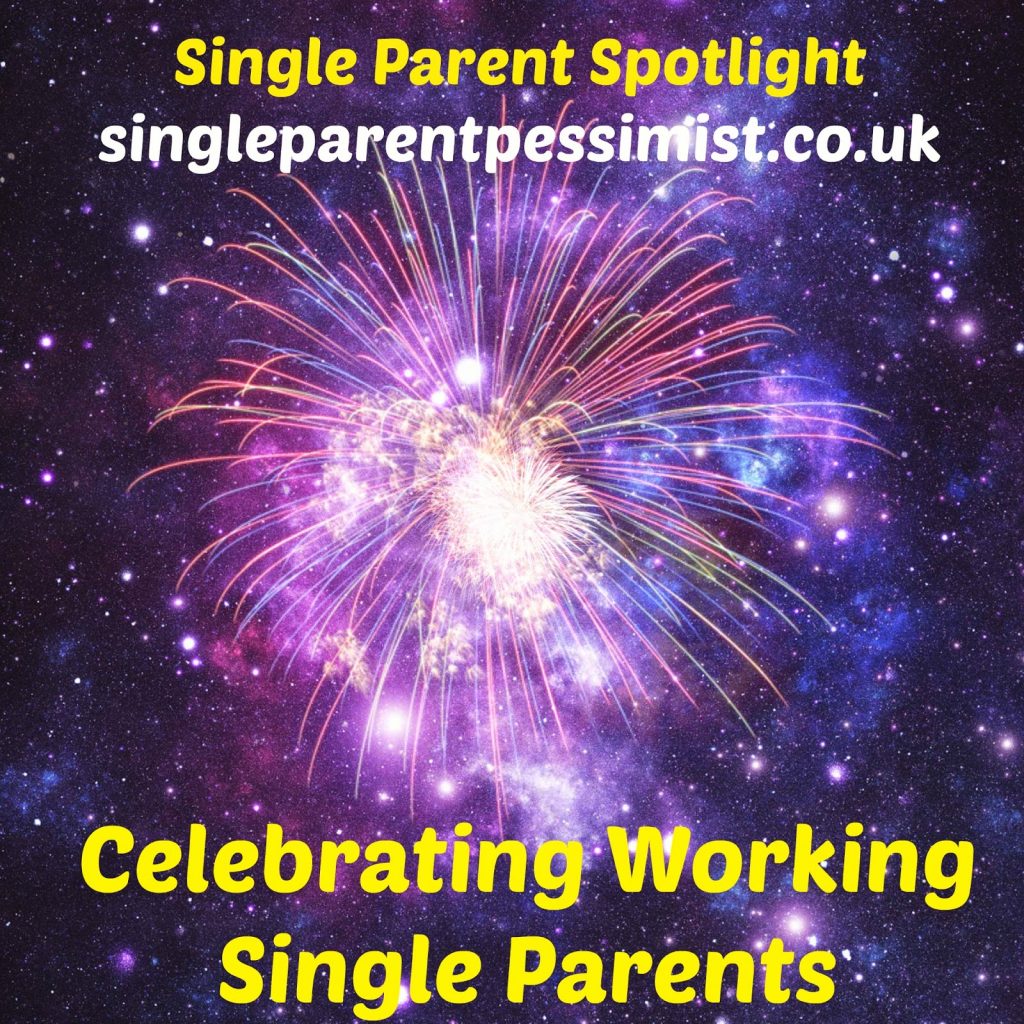 The aim of these interviews is to show how AMAZING us working single parents are.
I want to highlight how hard, but also how rewarding being a working single parent is, and to hear how other people in my position handle the tougher times, in the hopes I learn how to be the best parent I can be!
I’m sick of seeing the bad press single parents get in the media, because some single parents have taken the choice to live off benefits, or even worse, have children in order to get benefits. We all seem to get tarred with the same negative brush!

My sixteenth interviewee is 27-year-old Kayleigh, a youth worker from Derbyshire who has two sons aged 10 and 1.

How old were your
children when you became a single parent, and how did this come about?
Eldest was approx. 10 months, we were both
very young (16 and 17), and second baby’s dad disappeared when I was 20wks
pregnant.
What things have you
found hardest as a single parent?

Having no-one there
for moral support, to help juggle life and to help when you’re ill!
What are the benefits
to parenting alone, in your opinion?

No-one to undermine
your choice or parenting approach, the unconditional love your child gives you,
co-sleeping is easier and no pressure for sex or to shave your legs!

Have you faced any
negative judgements/stereotypes for being a single parent? If so can you share
with us what happened and how it made you feel? 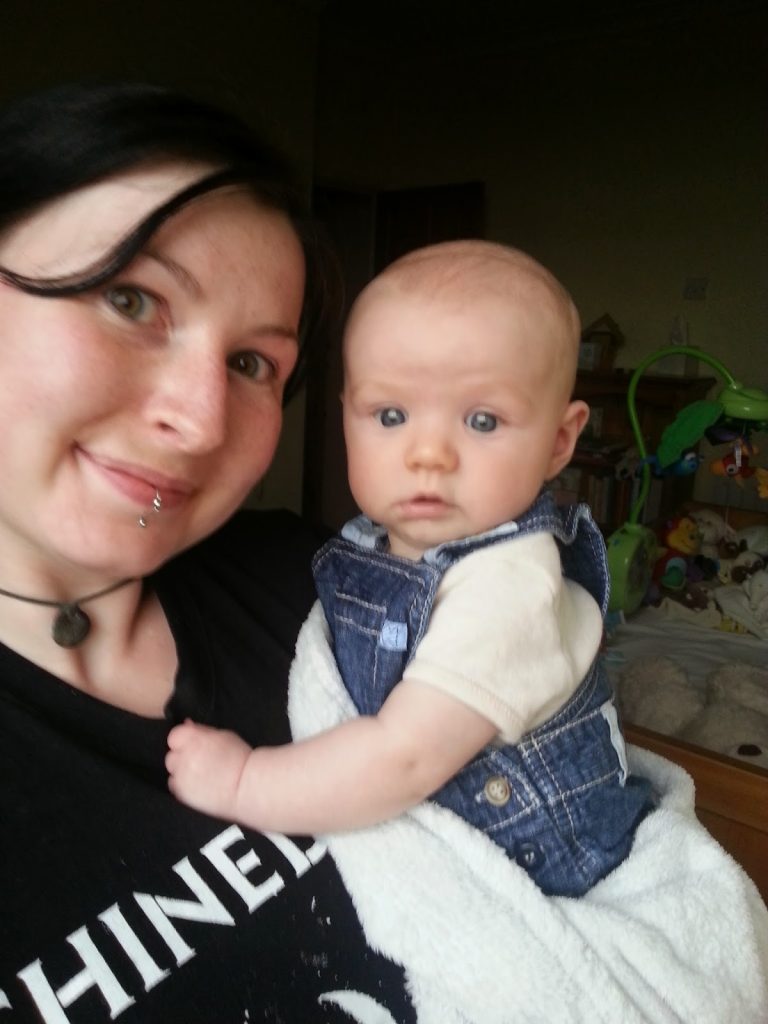 I was told when I was 16 and pregnant that I
had ruined my life. I then when on to get my BTEC National Diploma despite
having a baby in the middle of the course, a 2:1 Hons degree and a post grad
diploma. I’m stubborn and if people judge me wrongly or accuse/speak little of
me, I will fight to prove them wrong. It made me determined as well as wanting
to show my children that nothing can stop you if you put your mind to it.
When baby’s dad left,
I was told I would damage him etc by him not having a dad in his life.

What sort of
relationship do you have with your ex, and how easy/difficult is it to maintain
for your children?

No contact with
baby’s dad (his choice, never met him, refuses to). Eldest sees his dad
fortnightly weekends and once or twice for a few hours in the week. Our
relationship was brilliant until he got a new partner who had a massive issue
with me and now we don’t speak, communication is by contact book/text/email only. 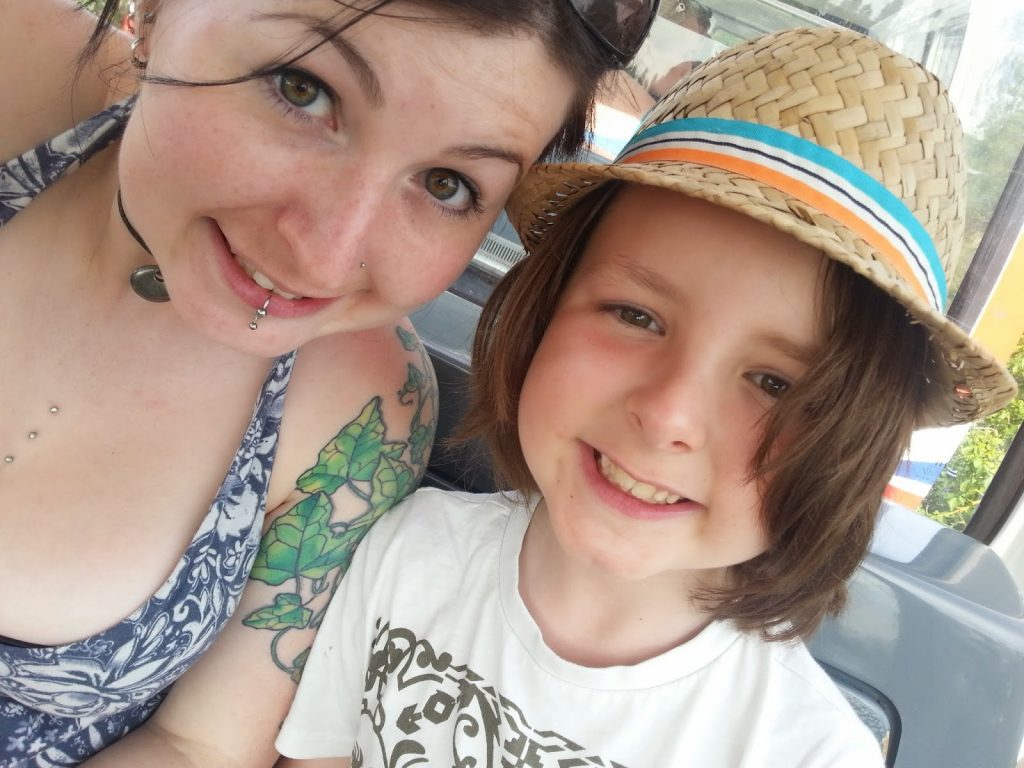 Eldest likes having a choice as and when he
sees his dad, which I do all I can to enable, yet his dad wants what the
contact order says to the letter. It’s frustrating and upsetting when my son
feels forced to go because it’s ‘his dad’s weekend’ and often misses out on
Scouts/parties etc because his dad doesn’t take him.

Does he pay
maintenance? If so, how did you come to an agreement on the amount?

CSA deducted
maintenance from eldest’s dad’s wages as he refused to cooperate, baby’s dad
was told to pay through them. The service calculated the agreements. Eldest’s
dad refuses to pay for anything extra-curricular though despite being financially
stable, having no other children and both he and his partner work full time (no
car, mortgage or holidays either).

What’s your job, and
how many hours do you work per week?

Currently a youth
worker 16-23hrs pw but have just applied for a similar role but full time.

Who looks after your
child/ren when you’re working? How do you feel about the current childcare
arrangements?

Baby goes to a
nursery managed by a long term family friend, eldest is at school/after school
club or his dad’s. The arrangements work at the moment but if I get my full
time job, it’ll have to change.

How old were your
child/ren when you first went back to work? How easy was it to adjust back into
work?

I went back to college when my eldest was 2
months old (he was formula fed as I struggled bf and ended up stopping after a
few weeks), 7 months with my second as my paid mat leave was ending. It saved my
sanity if I’m honest!

Have you ever felt
guilt by working? If so, why?

Lots of people reckon your children suffer
emotionally etc if the mother isn’t around due to work and I think most mums
worry they’re somehow failing their kids anyway, without the added guilt of
thinking if you work, it’s somehow detrimental to the children’s development or
emotional wellbeing.

What’s your view on
Child /Working Tax Credits, and the cost of childcare?

If it weren’t for tax
credits, I couldn’t work. I think we’re lucky to live in a society in which
they exist, however, nursery fees are extortionate. I pay £40p/d for my baby
and on a full time job, I’ll be paying 2/3 of my wage on childcare for the
privilege of working!

What is your
work/home/social life like? Have you managed to find a good balance? If so,
how?

I’ve never been much
of a party animal so I can’t say I miss the weekend benders, but sometimes it’s
frustrating not being able to make friend’s birthdays or go to the cinema etc
but I figure it’s a choice I made (to have kids) and they won’t be dependent on
me forever. The bonus of being a young mum is that when they’re old enough to
look after themselves, I’ll be in my prime 😉

Are you dating again?
If so, how long did it take before you were ready to date again?

I had a string of disastrous relationships
with very damaging (to me) partners after my first, and this time round, I have
been with a wonderful man I met at work (there’s a bonus to being a working
mum!) for 3 months and it’s the happiest I’ve ever been. I’d been on my own for
18months when we got together.

What tips do you have
for other single parents wanting to meet someone?

Know your worth.
Don’t think because you have kids you deserve less and should settle. If a
person is worth your time, they will accept your kids fully. If they don’t,
then show them the door. If your kids put a partner off, again, they’re not
worth the effort. Make a list of what you want from a relationship, what
example you want to set for your kids and trust in time, it will happen. You
don’t need to go clubbing every Friday night to meet your soulmate. They’ll
find a way, and often love is found in the most unlikely places (in my case,
the ginger, grumpy, nerdy ICT tech who stomped around at work, who knew!)

What would your top 3
tips be to a newbie single parent?

As above and don’t
feel bad about your body being different, you grew and squeezed out a human,
that makes you a superhero and scars/stretch marks etc tell your story and show
a life was created J

If you want to be interviewed for the next Single Parent Spotlight, contact me on the tab at the top of the page!