Home Uncategorised Toy Review: Go MINI Power Boost Racer
1st July 20142nd March 20203 Comments on Toy Review: Go MINI Power Boost Racer
Despite still being OBSESSED with dinosaurs (we have quite a collection of toys, films and books now!) Chunk is starting to get back into his cars again- it helps that I’ve shifted his toys around and put his garage in the lounge, as it had started to gather dust in his bedroom!
So when he came back from nursery a couple of days ago, he was very excited to see a parcel had come in the shape of a brand new car. 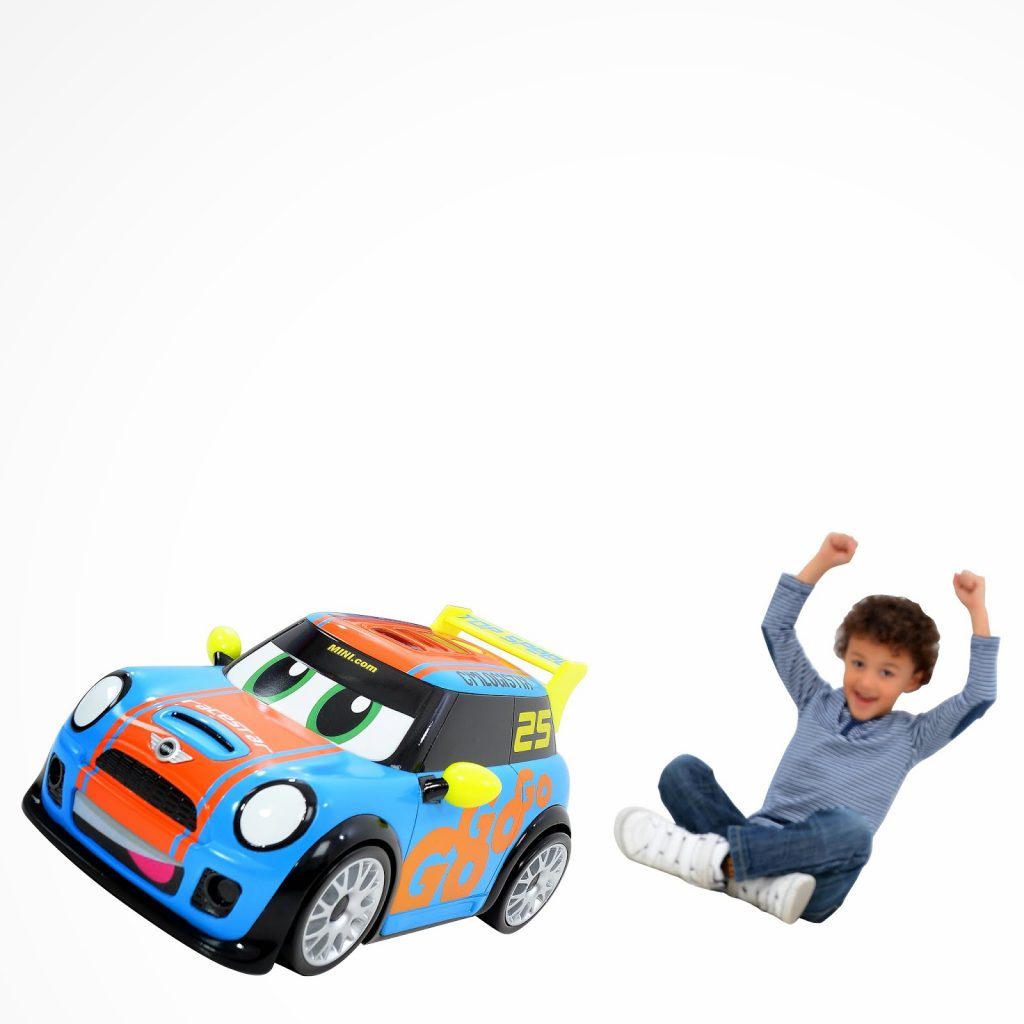 We were kindly sent the brand new Go MINI Power Boost Racer from the Golden Bears’ Go Mini Range It’s not even in the shops yet (End of July 2014) so Chunk is one of the few toddlers selected to try it out.
The Power Boost Racer is a large, motorised MINI for children aged 3-7 years, which drives by itself at the speed of the child’s choice. There are three lights on the top of the car and each light comes on the more times the button is pressed; If pressed once the car goes at it’s slowest speed and only one light comes on, and three presses equals the fastest speed.
Once the speed is selected, the car drives a short distance and then does a cool handbrake turn which Chunk found hilarious. It also makes some pretty good car sounds as it drives, and revs up as you press the button.
Chunk loved it, and I won’t be surprised if the batteries run out pretty fast as all I can hear whilst I wash up is the rev of the engine and then it speeding down my hallway.
See him try out the car for the very first time on this little video clip I made:
I like the colour and design of it, as it looks well made which is helpful for motorised cars as my son tends to always point them in the direction of a wall or piece of furniture.
If your child loves cars, then I would definitely recommended getting one of these when they go on sale, and they can be found on the Golden Bears website here.
The car was given to us in order to write this review. No payment was received, and all opinions are honest and my own.
Follow me on Twitter, Pinterest or Facebook