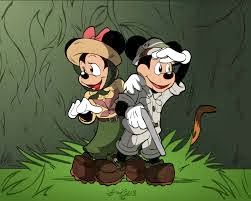 This weekend I tried something I’ve never heard of before: Safari Dating.
The concept is that the men ‘hunt’ the women, by finding them in three different bars, and the aim is to try and exchange numbers with the one you ‘catch’.

There are three sets of 2 or 3 ladies placed in 3 nearby bars, and the men rotate around the bars so each person gets to meet plenty of singletons of the opposite sex over the night.

Thankfully, it’s nowhere near as scary as it sounds- Luckily a single friend of mine came with me, which eased the nerves quite a bit!

I wore my brand new Scarlett & Jo dress, make up and heels; 3 things I NEVER wear!
Whilst I waited nervously for my friend outside, two men walked past me and stopped to tell me I was beautiful, which gave my confidence a little boost and then I was greeted by a very busy (and expensive) bar.

We went to the ‘safari’ table, and got chatting to some of the other ladies, whilst enjoying some wine. The ladies were all really lovely and we all gave each other some much needed Dutch courage before we were divided into the three bars. My friend and I got to go to a lovely Italian place, where cocktails were two for one… yes we did get quite tipsy!

The first date was a 28 year old called C, and as well as being a date, he was also providing magic tricks at the end of the night for the whole group during our final mingle party.

Whilst he was shorter than me, he was quite funny, and what impressed me most was his ability to do good magic, whilst being a little bit drunk. We talked dating events, places we like to hang out, and of course magic tricks. He asked me if I would ever date someone shorter than him, which according to my mate was a sign that he was interested in me, alongside the fact he apparently flirted with me a lot.

Next came 3 Long Island Iced Tea cocktails, and then a lovely guy called J. He immediately sat next to me, complimented my hair and wouldn’t stop talking about my eyes- all definite bonus points in my book!
We spoke work (he has his own company-tick), travel (he has an apartment in Bulgaria- plus), he wasn’t put off by me being a parent (he is one too- tick) and we had great banter!
He then told me he liked me and wanted to make sure I was at the mingle party at the end so he could exchange numbers with me (SCORE!).

I then spoke to a couple of other guys, one was a sober, sweet guy that I felt was a lot better suited to my friend, and this was confirmed by the long conversation they had, and the second was a property developer who attempted to talk to me, whilst doing business on his phone.

ERRRRRRRR really? I lost interest pretty quickly, and when he then had to leave early to attend to a business crisis at his bed and breakfast, I had already turned and joined in the conversation with my friend and her date!

By this point me and my mate were very drunk, so it must have been quite hilarious seeing us stumble across the road to the main bar for the mingle party. When I arrived, J was talking to one of the other lovely ladies, but when he saw me, he got up and spent rest of the night with me- promising!

He asked for my number and within two minutes of me leaving I had a text from him. By the time I got home there were missed calls from him, but I was in way too much of a drunken state to be answering them!

The real test of whether someone genuinely likes you is if they contact you the next day, and amazingly he text me by 9.30am! He told me he was so happy he met me last night, and wondered if I was free to go to the local park for a date- he would bring his dog, and he chose a park so I could bring my son. How sweet and thoughtful is that?!

Unfortunately I had plans (and was also very worse for wear) so we have rescheduled. Even as I write this he is texting me asking if he can take me to the theatre and cook me a complicated fish dish!

He’s a bit older than me, which is new territory for me, but I’ve grown up a lot since being a mum and going through some of the hardest things of my life, and to be honest, a grounded, mature man is very appealing and a brand new concept to me!

I shall of course keep you posted on how our dates go, and I am also very up for trying another safari dating session, as well as the silent dating that they offer too.

For the purpose of this review, I was given 6 months free membership to Just Singles dating website and a free Safari Dating ticket from Rightflirt. I received no payment for this post, and all views are honest and my own.