Dino Day With Our Animal Onesies 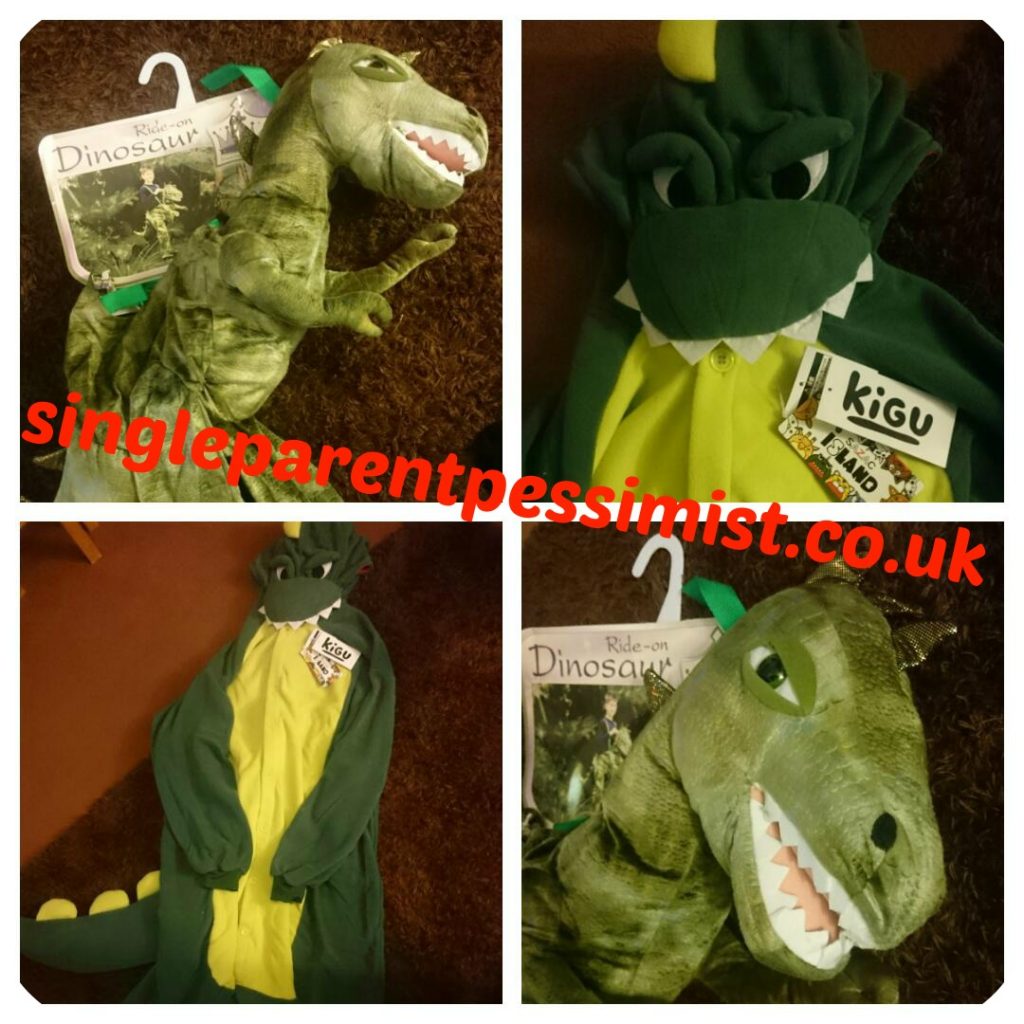 We have had a Dino Day today and it’s safe to say I play a mean T Rex!

Chunk (as you’re well aware by now) loves dinosaurs and adults are always impressed by the amount of dinosaur species he knows and his pretty good pronunciation of them (cannot hide my pride!).

So when we were asked to try out some dinosaur fancy dress costumes and onesies from Tickled Pink Fancy Dress I couldn’t say no.

They have a brilliant range of animal onesies for adults and children including of course the mighty T Rex.

I love the children’s versions which include a ride in dinosaur where the child can be the legs of the T Rex (it takes me back to those Rod and Emu days). It can be worn over clothes and it has adjustable shoulder straps which is useful as I think it’s going to be an outfit Chunk will still want to be using in a years time!

The dinosaur is well made and has such lovely, intricate detail including the shiny claws that sit over Chunk’s toes and the long,swishy tail. Chunk has not put it down since it arrived, and when he’s not wearing it he’s using it as a huge cuddly toy (which gets us some looks in the supermarket btw). 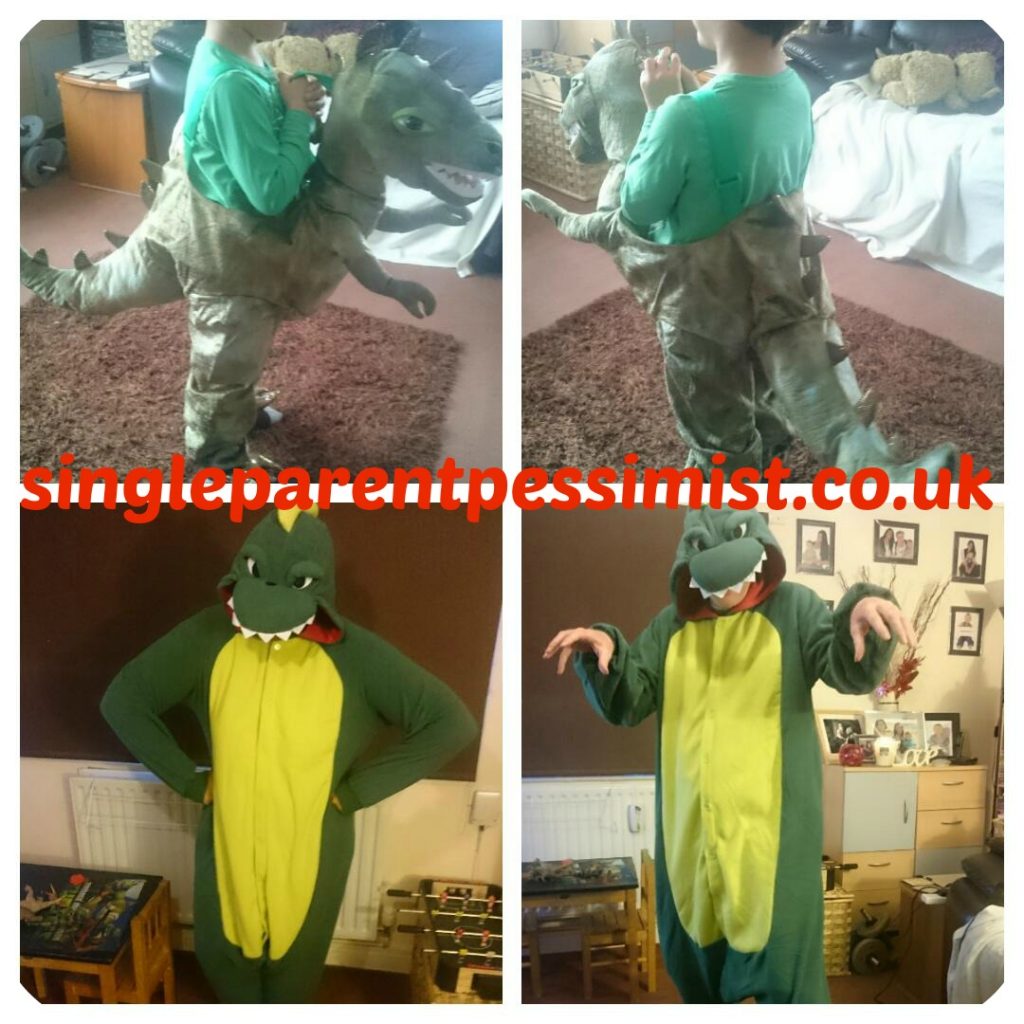 For the adults there is a rather cool T Rex onesie that features an oh so comfy, baggy body and hood and a rather funky long tail.

It’s made by Kigurumi which are a rather popular onesie maker, and as well as being a pretty cool design which enables me to be a huge dino puppet for Chunk, it’s also something I would happily wear around the house during the winter as it’s so warm and snuggly.

I would definitely recommend these if you are a fellow onesie fan or if your kids enjoy dressing up as they have a huge range of styles. I’ve already got my eye on the adult tiger onesie next…

We were sent these two outfits to test for the purpose of this review. No payment was received and all opinions are honest and my own.