My Baby’s Heart Condition Went Undetected Like So Many Others: – Let’s CHANGE THIS! #ThinkHEART 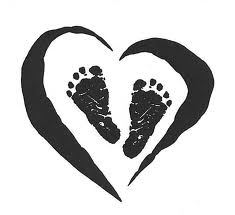 Only one third of babies with heart conditions are detected during pregnancy scans.
This leaves SO MANY babies being born with parents not knowing there is something wrong until they become ill, at which point can risk death or severe long-term health problems.
My son came under the other two thirds who remained undetected last year. Firstly, they did the usual check-up after I gave birth which showed nothing (other than a 100% tongue tie they took three days to notice, which was stopping him feeding!). They then did the 6 week check at the GP surgery, which included listening to his heart, but again nothing came up.
It was only when I tripped over a step and fell onto the patio with him in my arms a few weeks later, that led to a trip to A&E where it was flagged up. He was checked over and as the doctor was giving the all clear, he casually slipped in; “The only thing I found was the heart murmer which you’re obviously aware of.”
Err..EXCUSE ME?! Say that again?
He then advised me to take Chunk back to the GP in a couple of weeks time in case the murmer was temporarily there due to the stress of the accident. When I took him to the same GP who did the 6 week check, he heard it straight away; Funny that!
Chunk was referred to a children’s heart specialist, and a few months later we finally got to see him. He had a heart scan and I was told he had PDA (Patent ductur arteriosus). This is a congenital disorder in the heart where a duct fails to close after birth. This can cause breathing problems and poor weight gain, and if left for too long, can cause heart failure or severe breathing problems. As you can imagine, I was in floods of tears and was very grateful that my mum came with me to absorb all the information, and to hold my hand. 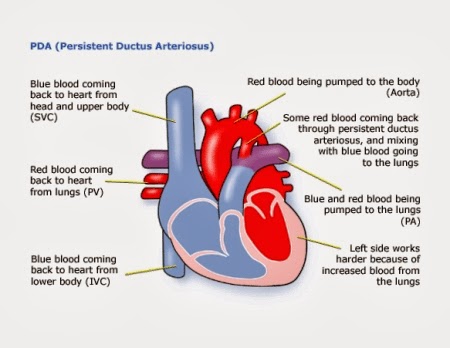 Chunk’s now seen every few months and will shortly be having some very scary tests in London (including tubes going down his throat to look behind his heart) before his big heart surgery is booked. It’s taken so long, because the surgical tools have a high risk of causing paralysis in children under 15kg as the tools are not much smaller than the arteries. So the bigger he gets, the less risk. However, if his breathing problems were to severely increase or he contracted illnesses (e.g. chest infections) that were not shifting, surgery would have to be done immediately.

Every day I worry about this, and I also get incredibly angry. Had I not have fallen over that day, we would never have known about his problem until he would have become seriously ill.
A charity called The Children’s Heart Federation are campaigning to introduce Pulse Oximetry tests for ALL newborn babies to have, to help diagnose more heart conditions earlier. Unfortunately these Pulse Oximetry tests will not detect all heart conditions, but they do test for three quarters of them, which is more than what is on offer currently!
Sadly, one of the conditions it does not test is PDA, so I’m writing this in the hopes that a campaign could be set up to fight for PDA testing to be mandatory for all babies too! But whilst I fight for this, if the charity can at least get more of the conditions tested, then that’s still more children being treated before it’s too late.
Get involved with spreading the word use #thinkheart on Twitter.