He was sent a couple of great toys this week which have thankfully been great for after school, so thought I would share them…

Scooby Doo Mystery Mini Vehicle and Mini Figures by Character are great little toys that don’t cost a packet. The vehicle set is part of a range of three vehicles, the Monster Trawler, Monster Catcher and Monster Motorbike. They each come with an action figure and are aimed at children aged three and above.

We got a Mystery Minis figure pack to go with the vehicle, which contained two figures. These packs contain a mixture of the good guys and baddies, and we managed to get Scooby himself alongside a zombie figure. 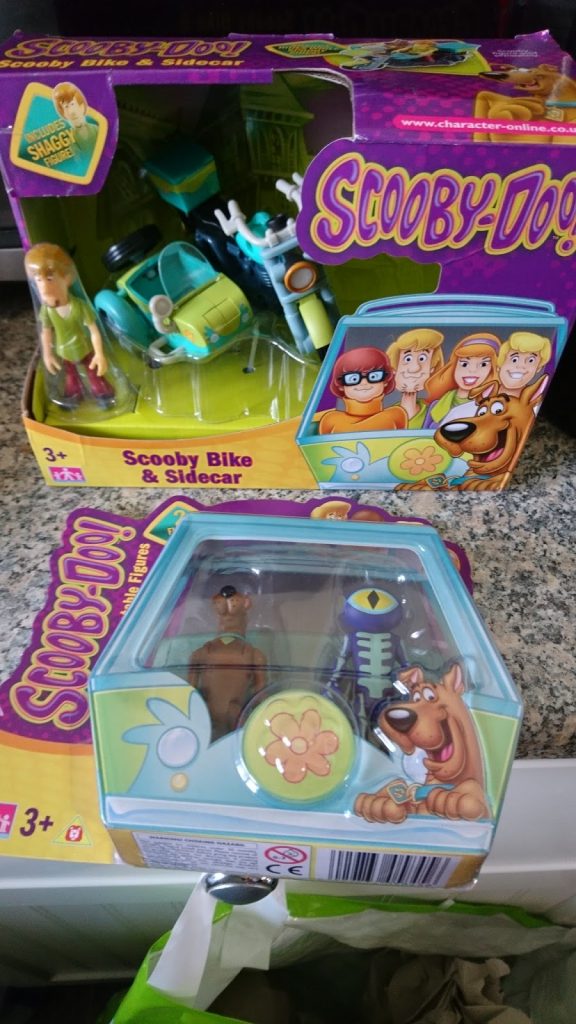 Chunk likes this set because it’s small enough for him to take out and about. He’s got a thing about carrying things in the car at the moment, which he can then play with when he returns from school, so these are perfect.

The figures are small, but they have fully articulated limbs, which are far more interesting to play with, and more realistic, than the solid ones. He’s really enjoyed making them jump and kick off “buildings” when chasing the bad guys.

These figures are well-made but cheap to buy, which is always my favourite combination, so if you want to buy them a little something with some leftover Easter money these may be a good choice!

Ravensburger Endangered Animals Puzzle is aimed at children above the age of four. It’s a 60-piece giant floor puzzle and I love how it’s full of various animals across a map.

It features more than 100 endangered animals which Chunk found fascinating, and it gave us a chance to talk about animals whilst having fun. It even taught me about some species I’d never heard of, including the Nimba Otter Shrew! 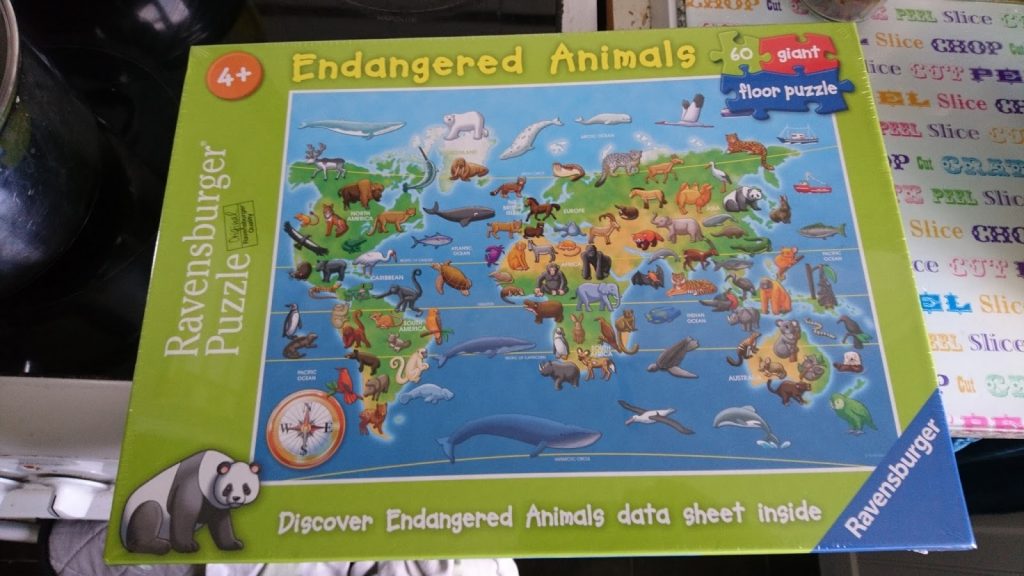 I was surprised to see some animals I thought were safe are actually now endangered, like the Exmoor pony, so it’s a great way to inform children and adults about a serious issue.

The map is great educationally, as we got to explore the various continents and countries, as well as the different oceans and the Arctic circles.

I totally recommend this to any child that enjoys puzzles as it will provide some important learning alongside a relaxing, fun activity.


Chunk was sent these toys to test for the purpose of this review. No payment was received and all opinions are honest and my own.