I want to highlight how hard, but also how rewarding being a working single parent is, and to hear how other people in my position handle the tougher times, in the hopes I learn how to be the best parent I can be!
My fifth interviewee is 36-year-old Ruth from East Sussex. She has a one-year-old son and currently lives with her ex partner. 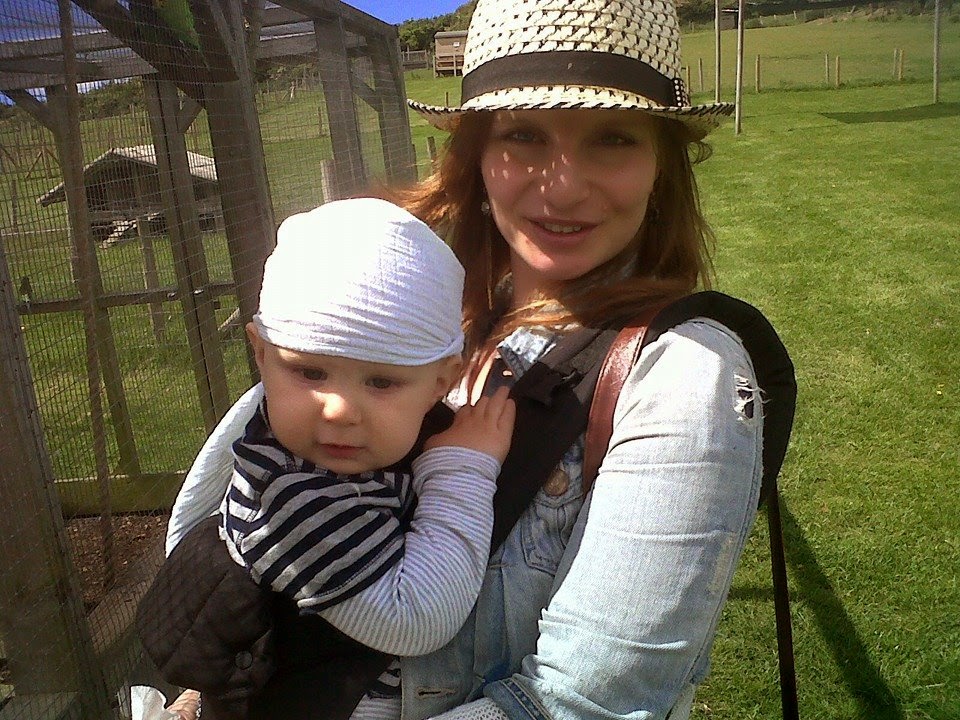 How old was your son when you became a single parent, and how did this come about?
The relationship was showing signs of going wrong during the pregnancy.  I hoped it was me and that it/I would get better, but it just got worse and worse. Problems were being blamed on my hormones and then the birth and the tiredness, but really for me it was all down to the behaviour of the person and their lack of respect and acknowledgment that had caused me depression, but I was scared to face it. Clearly it was not going to get better and we agreed to separate properly after 6 months. We never really grew strong together with a child like I’d hoped. We are still currently living together as I am having real trouble finding a suitable/affordable home for my son and I, and I’m also being financially dependent on the father. This feels extremely disempowering and it is extremely stressful living together separately.


What things have you found hardest as a single parent?
As yet I have not felt the full effects but can imagine the struggles as I grew up in a single parent household and always vowed never to be in the same situation . . .  and here I am, facing one of my biggest fears!  It was an extremely hard decision to make but the unhappiness and stress in the relationship could not continue.

What are the benefits to parenting alone, in your opinion?
Although I am frightened of being alone I imagine the benefits will have a huge reduction in my stress and anxiety levels, feeling in control of my life again and hopefully building my strength so I can cope with being alone.  The benefits on my son not seeing an angry and resentful Mother day in day out must be better for him?  Hopefully he will witness healthy communications between men & women and have better healthier role models in his life regarding respect.

Have you faced any negative judgements/stereotypes for being a single parent? If so can you share with us what happened and how it made you feel?
This is a particular area I’ve been frustrated and upset by . . . also surprised!  Whilst trying to find a private home I’ve come up against all above when dealing with letting agents & landlords. Here’s some examples:

I have been knowingly the first to enquire about a property, then when I have given my details, single parent, housing benefit they have later got back to me to say actually there are no viewing slots left.
I have been shown some terrible properties unsuitable for children re health & safety but told “some one in your situation will find it hard so I’d snap somewhere like this up!”

A letting agent said straight out: “To be honest with you, you’ll be lucky to get any better.”

There is also the problem of being a PT worker and also not having any benefits yet coming in.  I have no way of proving how much I will be receiving and if I can afford the rent.  It is making life very difficult!

What sort of relationship do you have with your ex, and how easy/difficult is it to maintain for your child?
Dad is very involved with our son and is very distraught at the prospect of their separation, which is probably another reason I haven’t faced this head on sooner.  I’m confident there will be no problems in this area unless there are some power struggle issues where resentment and spite may rear their ugly heads.  I’m sure there will be these times but hopefully fingers tightly crossed not too often!  Time will tell!

Does he pay maintenance? If so, how did you come to an agreement on the amount?
This is an area I worry about as what has been discussed is not always followed through.  Now I have been assured that I don’t need to worry about this and can just rely on Dad to give me amounts agreed, however should I depend on this and difficulties arise he could just refuse.  This leaves me dependant and controlled and feeling disempowered and of course a sense of power gained by the other in the only they have.  This is a massive part of the current problem and the amounts of times I’ve heard don’t be ridiculous I’d never do, say, behave like that! Nothing ever said or agreed is acted upon. Quite often one thing is said then later completely denied so I can hardly trust anything.

What’s your job, and how many hours do you work per week?
I work as a support worker for BHCC with autistic adults. I cut my hours down from 30hrs to 16hrs

Who looks after your child when you’re working? How do you feel about the current childcare arrangements?
Dad looks after our son one day and nursery the other 2 days.  I was originally anxious, more regarding Dad looking after our son as he can be very ‘I know every thing about every thing’ but actually can be quite negligent in attitude and very unaware, refusing advice, support or guidance. It was quite nerve wracking as I have witnessed many OMG moments.  At least the nursery are experienced and although at the start it was upsetting, our son seems to be getting a lot out of it through interacting and learning and nothing terrible has happened with Dad yet. . . I pray every time I leave them though!

How old was your child when you first went back to work? How easy was it to adjust back into work?
Eleven months!  I found it unnerving and felt uncomfortable with it but financially had to, if I was going to support us on my own.  I’m still struggling in work as receive special treatment regarding lengths of shifts and the times I work.  Things were originally agreed and I was reassured about my initial responsibilities but once in the door that all went out the window.

Have you ever felt guilt by working? If so, why?
Initially, yes as I felt it was to early and would have liked our child to be a little more able (e.g walking & weaned) before he started nursery so he would be more resilient.  He is very dependent on breastfeeding, not eating a great deal or drinking any other liquids. Also he would only sleep/nap if breastfed.

What’s your view on Child /Working Tax Credits, and the cost of childcare?
The calculations I have done seem to be quite good but I am having difficulty understanding what I am doing in this area.

What is your work/home/social life like? Have you managed to find a good balance? If so, how? Social life!!!!? I haven’t been out past 5pm since the day I gave birth!  I realise I have very few true friends.  And unfortunately all the Mummy meet-ups seem to happen the days I’m working!  I must try harder to make new friends!

Are you dating again? If so, how long did it take before you were ready to date again?
I honestly can’t imagine ever being in another relationship.

What would your top 3 tips be to a newbie single parent?
I am a newbie! Tips welcome!