This week Chunk has been zapping a zombie around our home whilst dressed up as Buzz Lightyear.

The Zombie Blast is a toy aimed for children aged 3+ and includes a gun that the child uses to zap the zombie as it’s moving around the room. 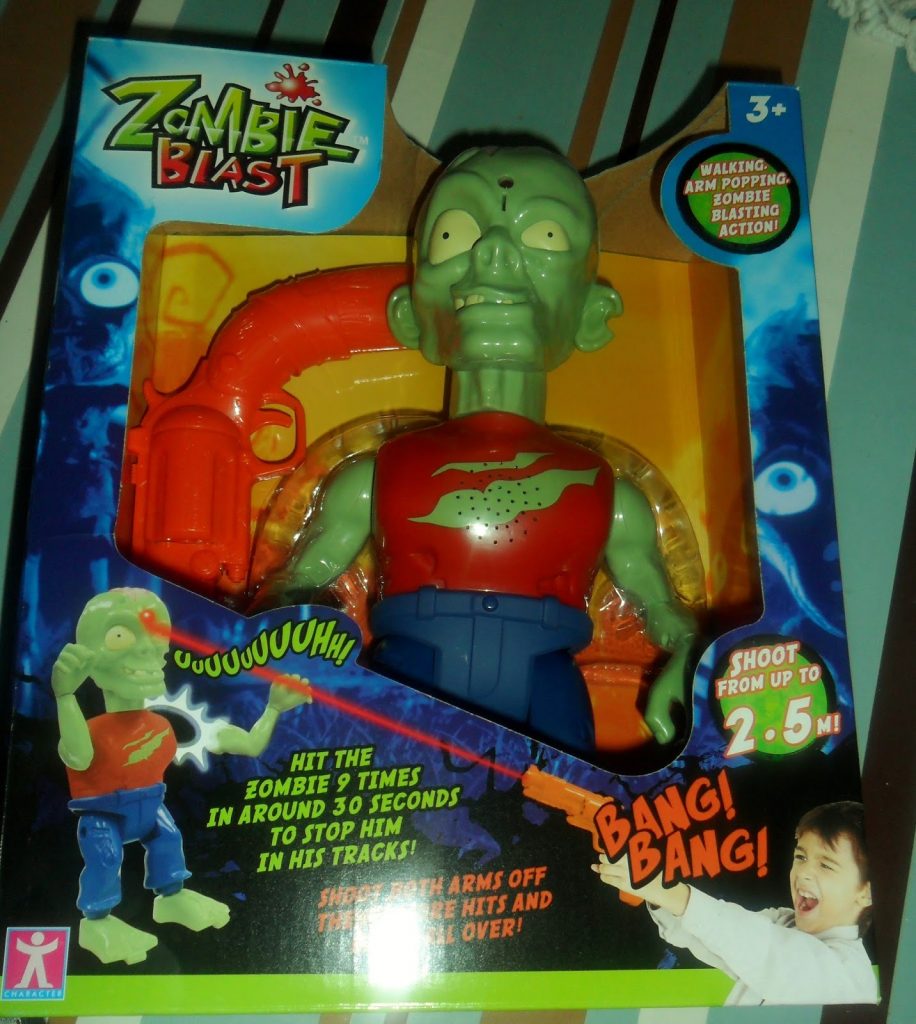 The aim of the game is to shoot the zombie as many times as you can as it’s walking around, and as time goes on it gets more difficult to get him. After three zaps an arm pops off and the other then comes off after another three.

I must admit I did wonder whether I should be introducing him to shooting games this young, but the toy is a zombie and not a human which reassures me a little, so I’m not encouraging him to shoot people!

It is also good for helping his concentration, aim and coordination as he’s having to try to reach a moving target. To me, it’s no different to us playing with water guns in the garden which we were doing on the “rare” hot days this summer and I’ve always played games like these as children and I’ve always seen them in the context of being just fantasy.

This has entertained Chunk a lot this week and I’m hoping it’s helped with his fine motor skills and coordination, and if I’m honest it’s also entertained me when he’s been in bed!


Chunk was sent this to test for the purpose of this review. No payment was received and all views are honest and my own.