Home Uncategorised My 4-Day Juice Detox Experience
11th May 20141st March 20204 Comments on My 4-Day Juice Detox Experience
Juicing seems to be a huge phenomenon at the moment, as it’s constantly in the magazines and newspapers as many celebrities seem to be affiliated with many of the huge range that are currently on the market.
I’ve always been in two minds about doing it, because I have read that whilst they can help you lose weight quickly, there can also be harmful effects but I think that’s if you do it for far too long.

So when I came across a new juice detox that is only for four days, I thought I would give it a try.

JuicyTox is a brand new company that offers a four day detox and cleanse to anyone in Sussex. This involves drinking freshly made juices that contain various fruit and veg rich in the vitamins and nutrients that help cleanse our system. 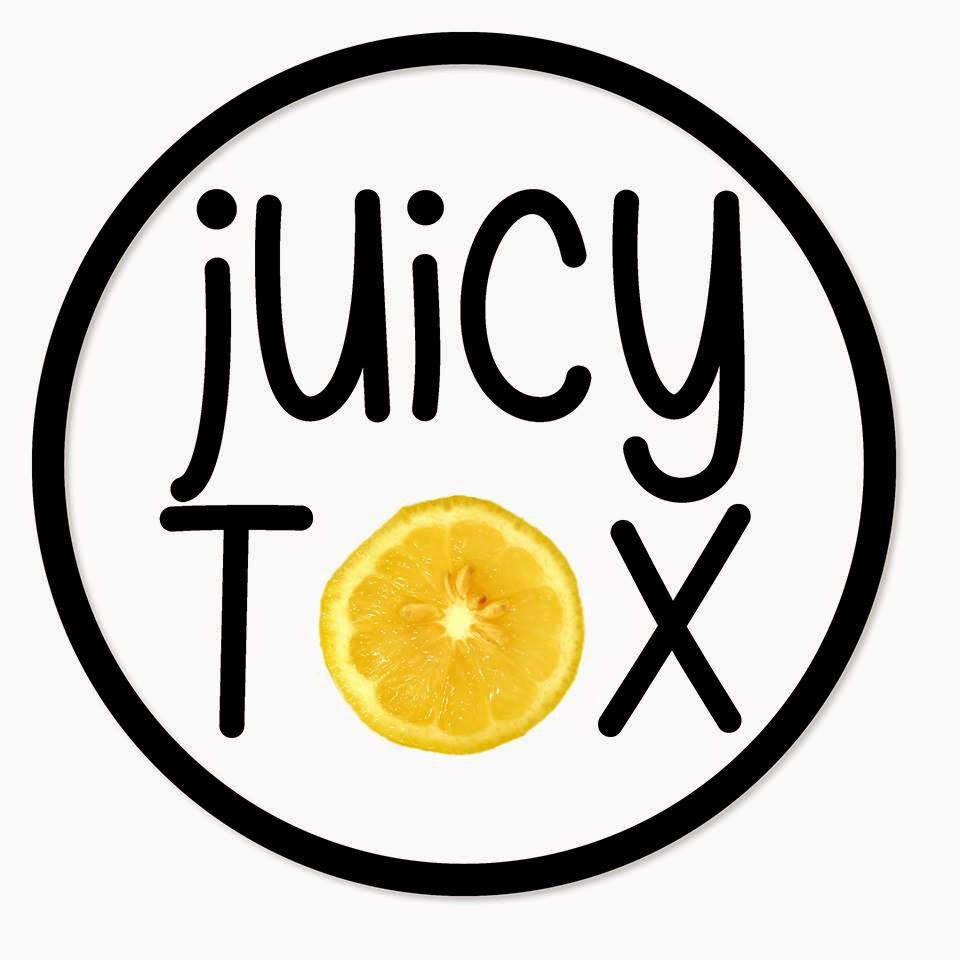 They say that the benefits of this detox is:

During the detox I could only drink the four juices, one ginger shot and 2 litres of lemon water per day. So having no tea or coffee was the one thing that filled me with absolute dread. 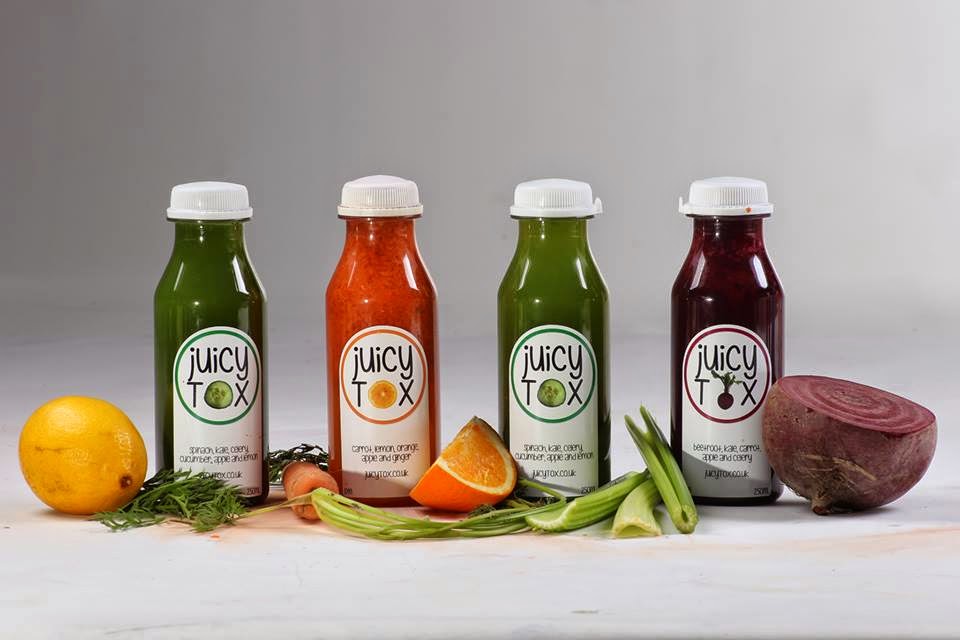 Apparently by just drinking these juices, they go straight into your blood stream, giving fast nutrition to our cells, so they’re getting to the right places much faster.
Juicytox use a juicing systems that means each bottle has 30% more ‘live’ nutrients than standard store-bought juices, which is also supposed to be better for your system.

Here’s how it went for me… 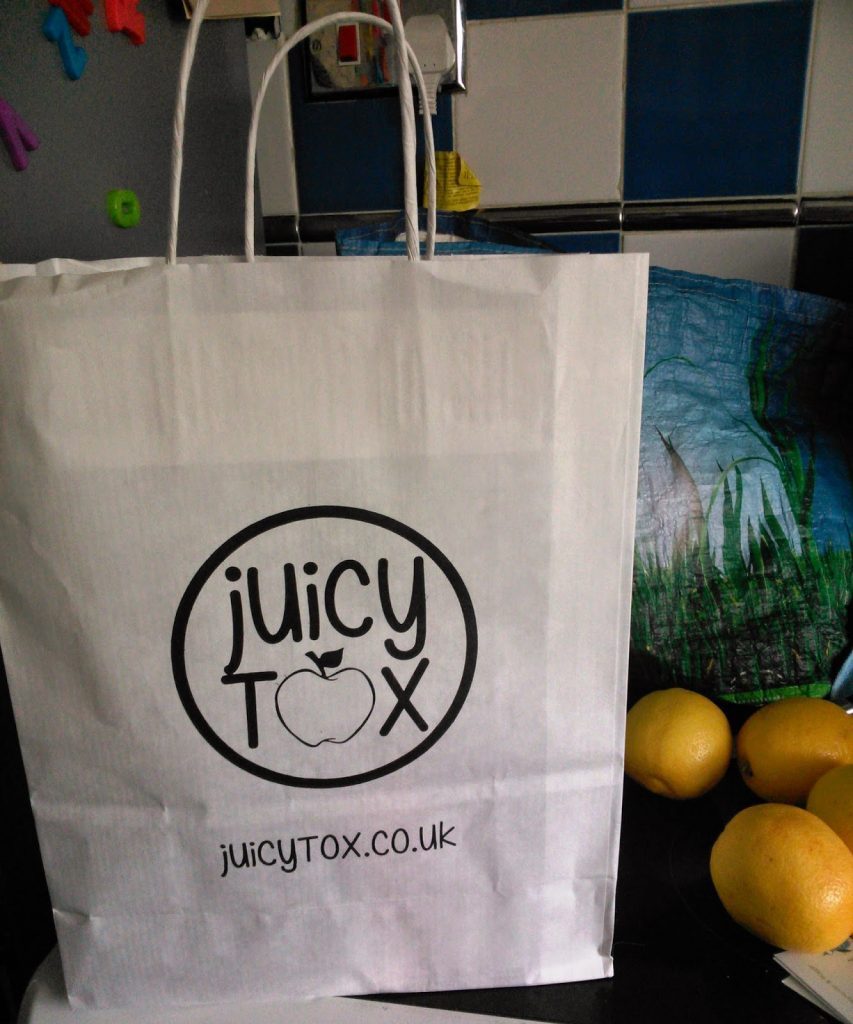 You start the day with a shot of ginger, before you can have your first juice 2 hours later.
I only like ginger in biscuits these days, because during my pregnancy I had a lot of awful nausea and was told to drink ginger tea. This used to make me vomit instead, so since then I’ve always associated the smell and taste with vomiting. Strangely, biscuits seem to have a very different flavour to other ginger products so I can handle them!

The ginger shot burned as it went down my throat, so I got a short, sharp shock- it definitely woke me up! After a few “urgh”s and “argh”s the aftertaste went and I could ‘enjoy’ my lemon water.

I drink a lot of green and lemon tea and plain boiled water so this wasn’t a problem for me, but already I was missing my morning earl grey.

I kept myself busy whilst Chunk ate his breakfast to try and avoid temptation, and then an hour later I was able to have my first juice. It was a green one, consisting of cucumber, celery, lemon, kale and spinach. I could mainly taste the cucumber and celery, and drinking cucumber is quite a strange experience at first, but it went down quite easily and was quite refreshing.

I felt quite light-headed about 11am, and this seemed to happen throughout the whole detox, which is apparently normal. As soon as I was able to have my second juice (Orange) this subsided. However I found the orange juice quite awful and really struggled to get through it, as it had ginger in it. It was carrot, lemon, orange, apple and ginger, but all I could taste was ginger and lemon which is not a nice mix.

I did have to leave some of it, as I was actually gagging and my stomach was not happy about drinking it at all!

So after a couple of hours of feeling hungry but also nauseas, it was then time for another green one. By this point I was getting sick of the water and hugely craving a cup of tea to the point I was getting quite agitated. This showed me just how addicted I am to tea and all it’s contents, and I was even starting to get withdrawal headaches.

I then got to have the red juice (beetroot, kale, carrot, apple and celery), which mainly tasted of beetroot. It took me a little time to drink, but was far better than the orange one.

As the evening drew nearer I really struggled at this point, because evenings are when I tend to eat most, as Chunk has gone to bed and I am left alone with my thoughts. We are allowed to have one cup of mint tea in the evening, so this was very much welcomed, but I was still missing my tea badly.

I thought I would find it hard to go to bed feeling hungry, but by the time I did go to bed the hunger had passed which was brilliant!

On the second day I woke up feeling quite lethargic, which is probably due to the lack of food and my lovely tea!  I was starting to get more crabby because I was hungry, but I managed the ginger shot a lot better as I was expecting the burn. 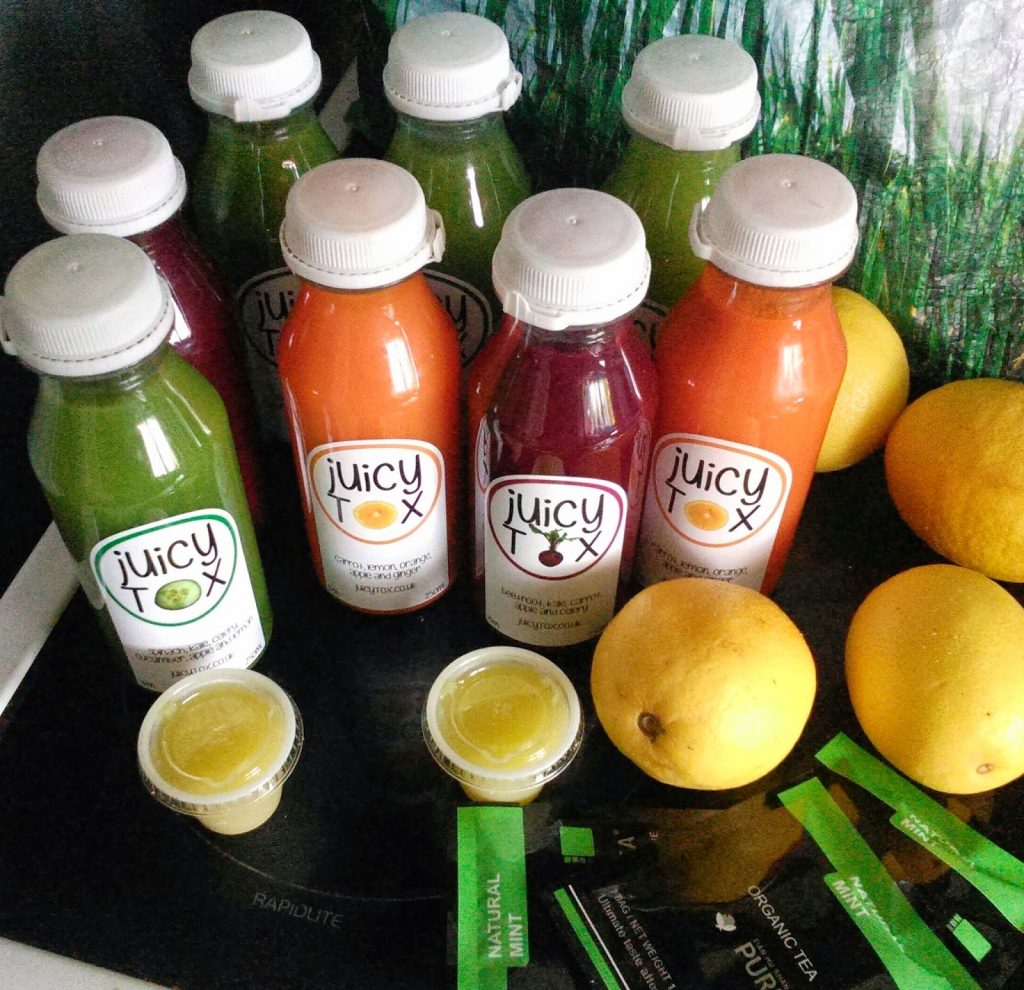 These two days were the toughest because the toxins were starting to come out, and the hunger was getting worse, so I kept myself very busy with chores, writing and entertaining Chunk. My family didn’t help, as they kept buying large chunky cookies and sharing them with Chunk in front of me, and eating their smell-tastic beans on toast for lunch whilst I gagged on the orange juice.

Losing 2 pounds gave me motivation to get through this though, and generally feeling lighter as I was moving about, as my stomach was a lot less bloated.

I was happy that it was nearly over, but it seemed to be a long day because I was thinking about what I could eat the next day. I also gave in a drank cups of tea, because lemon water really does get boring after three days straight!

Overall I would say this is a hard one to do if you are a single parent of a child you need to cook meals for, as it’s not nice preparing meals and watching somebody eat it when you are starving!

I would advise doing it if you have someone else in the home who can cook your children’s meals so you can leave the room, and so they can motivate you, because it’s really tough doing it on your own without anyone telling you to get out of the fridge.

I would probably have coped a lot better if the juices were a fruity taste as opposed to a veggie taste, as a sweet tasting drink would feel more fulfilling on the taste buds. I adore eating veg and can struggle to want to eat fruit, but when it comes to drinks I prefer it the other way around.

To be honest, I would have much preferred to have eaten the plain celery, kale etc as I do eat all of those things anyway, but I understand that the nutrients don’t reach the right places quick enough this way compared to drinking them.

On the plus side though, I lost a little weight (4lbs), felt a lot less bloated and my skin started to improve. I also had a little more energy as I didn’t feel so sluggish, and it has really made me appreciate my food more.

I also learnt how little I drink during the day, so I’m going to make more of a conscious effort to drink a lot of boiled water with lemon (prefer warm drinks) during the day, and allowing myself my tea in the evenings.

I don’t want to mess up that four days of non food torture by cramming my face full of junk, and I want to spend more time enjoying my meals rather than wolfing them down and helping myself to more.

So psychologically it has had some benefits, which I hope will last!

To find out more about JuicyTox you can visit them on Twitter.

For the purpose of this review I was given this 4 day detox product. No payment was received and all opinions are honest and my own.