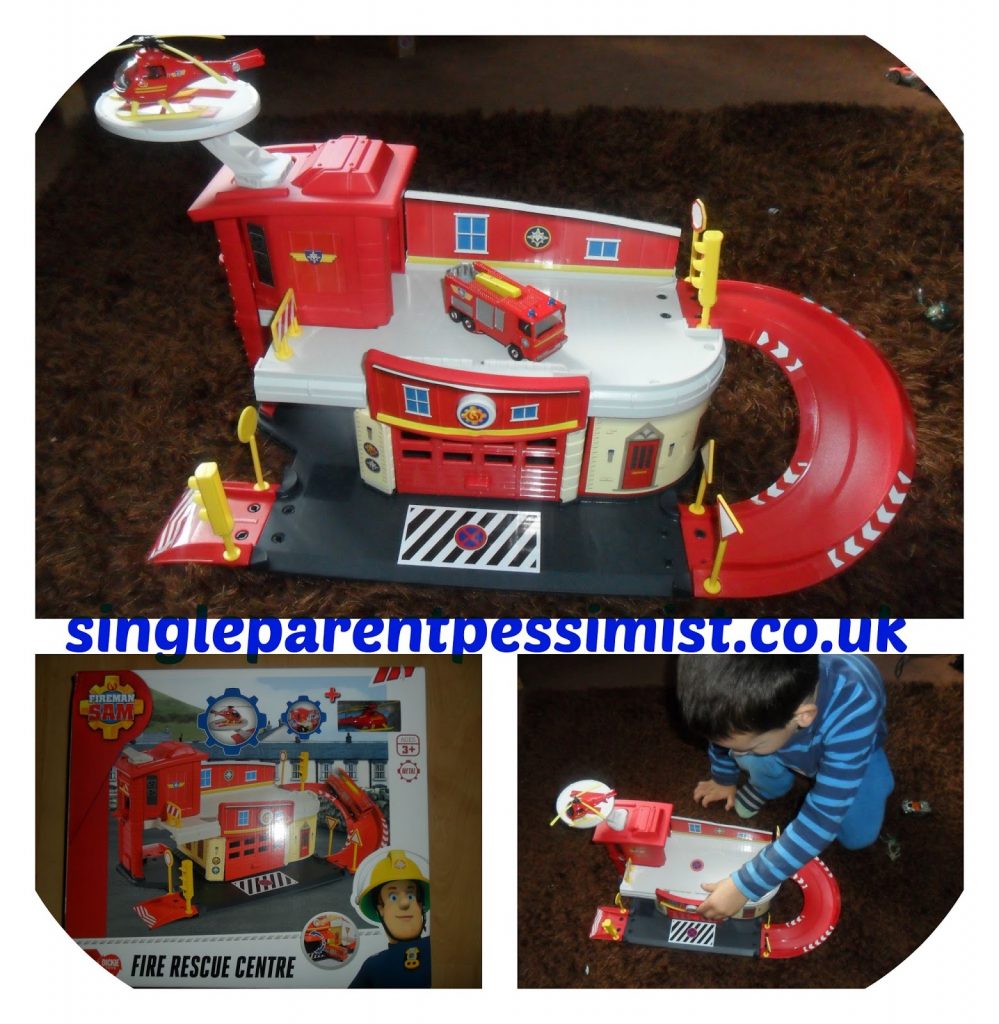 It’s a lovely little centre, but boy is it tough to put together! There are instructions which are in picture form only, but even these I found quite hard to understand so it took a lot longer to build than I anticipated. Some parts are quite fiddly, but once it’s all clicked into place it does stay put which is the main thing!

Chunk was able to use the figures as well as some of his own toy cars to play on the ramp and to store in it’s garage, and he enjoyed landing the helicopter on it’s pad and launching it for emergencies.

I like the little details it features including the mini ramp that launches the fire engine down the large ramp, the button that opens the garage door and the little traffic lights that are scattered around the centre. It comes with some little road signs and I have spent time trying to teach Chunk what they all mean and we had fun stopping the cars at the top of the ramp with the traffic lights”

It’s definitely a toy that he will enjoy using alongside his various cars, trains and trucks and it now has pride of place on his car mat.

Since getting this I’ve also noticed some other brilliant Fireman Sam play sets including the Deluxe Fire Station and Ocean Rescue on the House of Fraser toy section which will go nicely with this centre!

Chunk was sent this rescue centre to test for the purpose of this review. No payment was received and all opinions are honest and my own.