Home Uncategorised Diet Chef Review: Week 2
6th October 20141st March 20202 Comments on Diet Chef Review: Week 2
I recently heard about Diet Chef and liked how they send you your three meals and a snack already prepared each day, meaning the temptation to make large portions or to choose junk food snacks are eliminated. This sounded perfect to me, because large portions and evening snacking is my downfall at the moment and is why I am deeply unhappy with my weight.

I have just completed week two and here’s how it went: 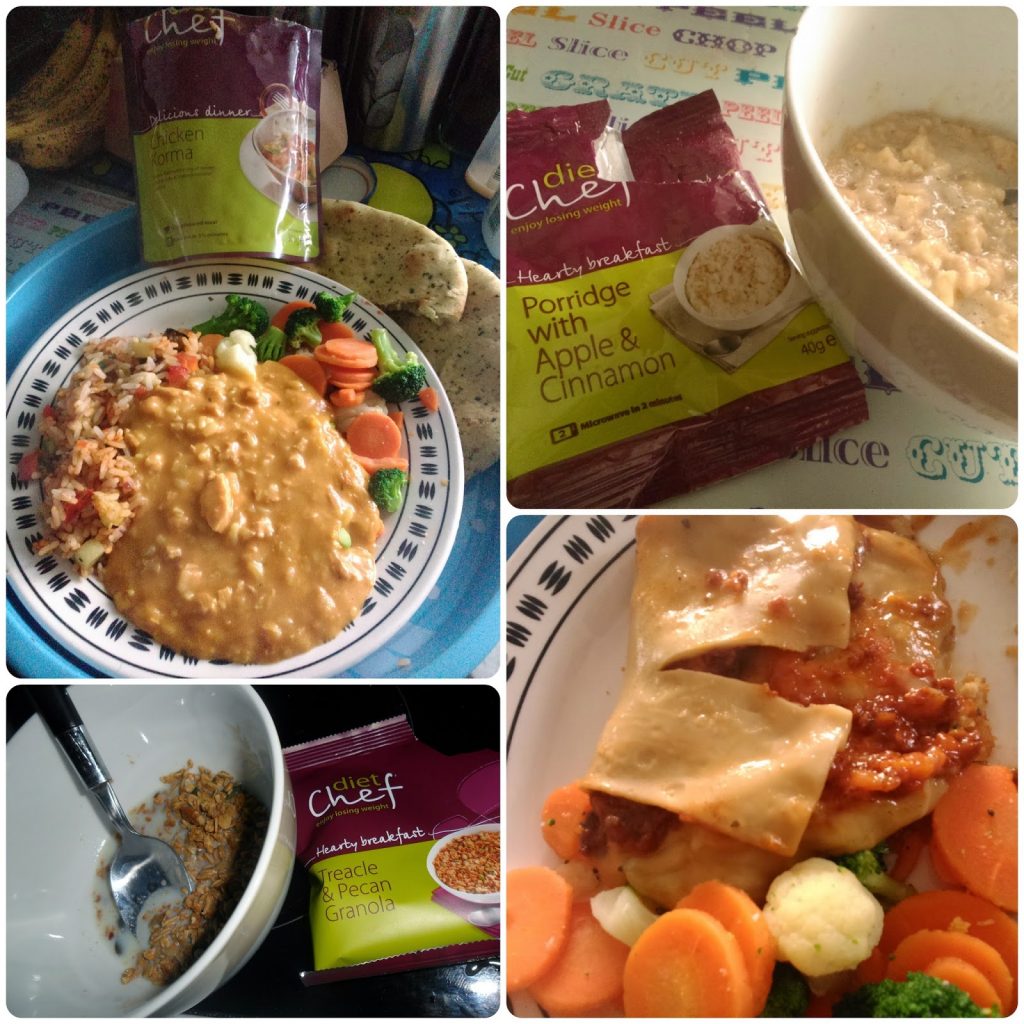 So Diet Chef kindly sent me a 28 day package to see how I got on and I have just completed my first week.

A lot of low fat foods and companies I have used in the past have tended not to work mainly because I haven’t thought much of the taste (or lack of taste) they’ve had.
Thankfully these meals have been quite tasty, and I have looked forward to each meal rather than dreaded them.

My favourite breakfast this week was the porridge with apple and cinnamon, as the mornings are getting darker and colder and it was the perfect thing to warm and fill me up. In terms of snacks I have enjoyed some of the cereal and protein bars this week, including the chocolate cranberry protein bar especially.

For lunch I have been having the soups with crisp breads to dip in which have gone down a treat. My favourite soup flavour so far is the ham and sweetcorn chowder.

The dinners are still a success, with the chicken korma being my favourite. I was naughty and added a garlic naan, but it was the weekend and I fancied a treat!

At times I have found it difficult not to have more snacks, especially at night, but I have kept myself busy (no change there) to attempt to combat this, and I have had a couple of slip ups, mainly due to my lack of sleep whilst Chunk has been ill.


Due to the occasional bit of naughtiness, or being out and about without a microwave or kettle in sight, I’ve not done as well this week, but last week was a very big loss so I knew it wouldn’t be the same! I still managed to lose 2lbs though which I’m pleased about.

Diet Chef provided me with 28 days worth of their food products in order to complete this review. No payment was received and all opinions are honest and my own.