But I cannot use that excuse anymore. As you saw last year I began to think about going sugar free because I had watched a documentary that really hit home to me how dangerous processed sugar is for humans. 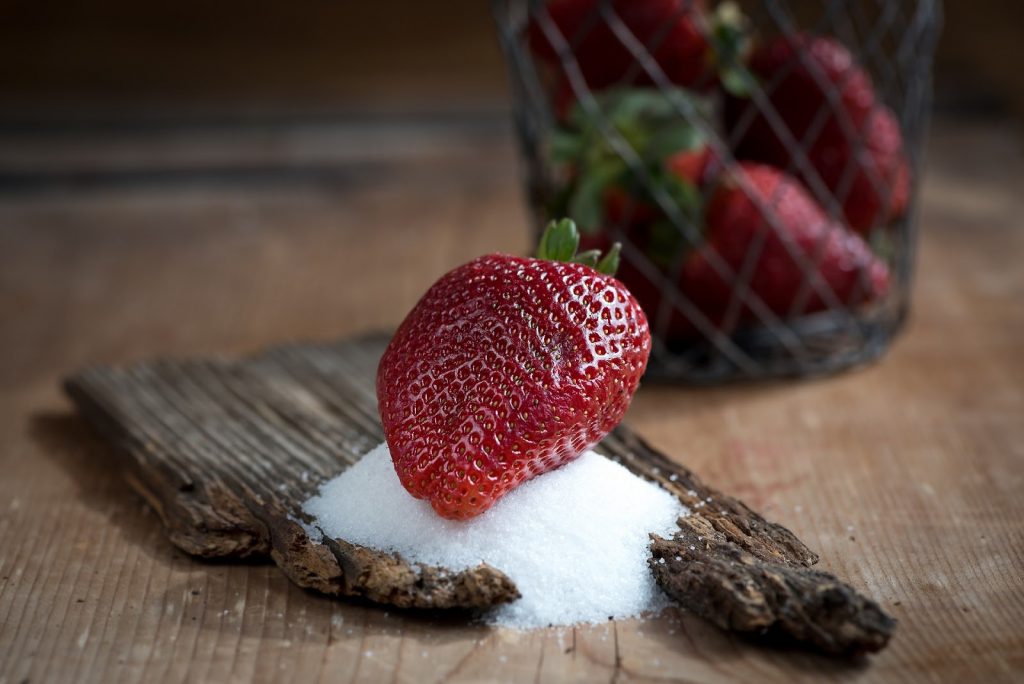 I began to make a change, but as usual life got harder and I got less organised. But recently I have read more on the dangers on sugar and have felt more determined than ever to make a lifestyle choice.

It’s really hard to come off processed sugar because it’s in nearly everything! It’s in bread, white rice, crisps, most shop-bought sauces and even in stock cubes.

I’ve been reading books such as the famous ‘I Quit Sugar’ which is also a great website full of recipes which I have been attempting, and I’ve also been reading Paul McKenna’s new book which aims to help you reduce your cravings and desire for sugary foods.

Both have helped a lot. It does take a lot of planning as you basically have to make everything from scratch, but if you get into a habit you can batch cook and freeze a lot of it.

I’ve managed three weeks so far, with only the occasional hiccup when I have eaten something not realising sugar was in it and I’m quite proud of this!

Being sugar free with children

This has been more tricky, as when he sees his dad at weekends it all changes as his father unfortunately has a different view on sugar despite my moaning. It can also be hard to find things Chunk wants to drink, let alone sugar and sweetener free.

I have started chopping up lemon or strawberries and putting them in water to flavour it, and he enjoys eating the fruit once he’s finished the drink.

We have tried ice cream made just from frozen bananas which has been a huge pudding hit for him, and I will try to add other fruit in the mix to give him the options of a few different flavours.

Just made #sugarfree ice cream for the first time using only frozen bananas. Was a huge hit with my son so going to experiment with other flavours!
A photo posted by Claire (@singleparentpessimist) on Jan 23, 2017 at 10:32am PST

Here’s my journey so far

For the first three days I did get dizzy and have headaches- one lasted all day which was fun, but I knew it was coming as you are withdrawing from a drug.

I found meals needed preparing, but this is something that is a good habit to get into and I really enjoyed the food. The only thing I struggled with was thinking of quick and easy snacks. A lot of premade stuff is processed and has hidden sugars, and I didn’t want to have lots of fruit because I didn’t want to feed my sugar habit. I will go back to fruit, but I wanted to get my body off the sugar before having little bits of it.

I noticed quickly that my energy was improving as I wasn’t slumping in the afternoons, and by the end of the week I was a lot less bloated.

I did experiment with some snack ideas including a chocolate mousse made from avacado and some sweet potato truffles, but neither of them tasted very nice!

At the end of the first week I had to go to a meal at a restaurant and I was really worried about it because it was an Italian restaurant that doesn’t have many choices. Thankfully they had a gluten free menu and I managed to get a chicken dish with roasted vegetables, but it was hard watching everyone eat desserts so I did have some red wine!

Thankfully red wine is very low in sugar, unlike all other wines and alcohol, so it is something you can still drink whilst going sugar free. I was surprised by this, but it did help me get through that night!

This week it got slightly easier as I was planning meals more and the headaches had gone. I was still missing sweet treats like mad though, so made a sugar free chocolate and raspberry cake. It involved blending almonds, coconut oil and almonds as well as frozen fruit and cacao powder, so it wasn’t a quick and easy bake, but I liked the taste of it and it can be frozen to last longer!

I got my slow cooker out and tried a chicken curry which tasted fab, and used up some vegetables to make a roasted veg soup which lasted for a few days of lunches.

This week was the easiest because I was in the swing of it. I have noticed my appetite has decreased and vegetables taste a lot sweeter which shows my taste buds are coming back.

There have been a couple of times where I have had my hand in the chocolate treat bowl from Christmas, but I have just touched the wrappers and decided against it which is a massive change!

I did go out for a carvery and stupidly didn’t think about the gravy and sauces as they usually contain sugar. A few hours later I felt bloated and had a headache which was a sign there was a lot of sugar in there. There was also an occasion where I used some stir fry frozen vegetables that I thought would be fine but then read that they had added sugar to the pieces of ginger- why?!

I’ve had some great sugar free snacks sent to me in this month’s Degustabox which has helped. My favourite included chia seeds to make coconut hot chocolate and ready made split-pea quinoa.

Since then there has been a couple of times I have eaten some sugar, such as some custard or a croissant, but I haven’t then carried on having a binge for the rest of the day. This shows me I am not addicted like I was, but I know I still have far to go as ideally I don’t want to be resorting to sugar hardly ever.

I seem to be losing 1lbs per week which is nice, considering I don’t feel like I’m dieting, as I’m still eating a lot of ‘naughty’ stuff like peanut butter, oily foods and butter.

My stomach is a lot flatter, and I no longer bloat after meals.

I have a lot more energy during the day- I got to the stage of needing to nap mid afternoon every day, or struggling to stay awake otherwise. Not once in the last couple of weeks have I had the urge for a nap. 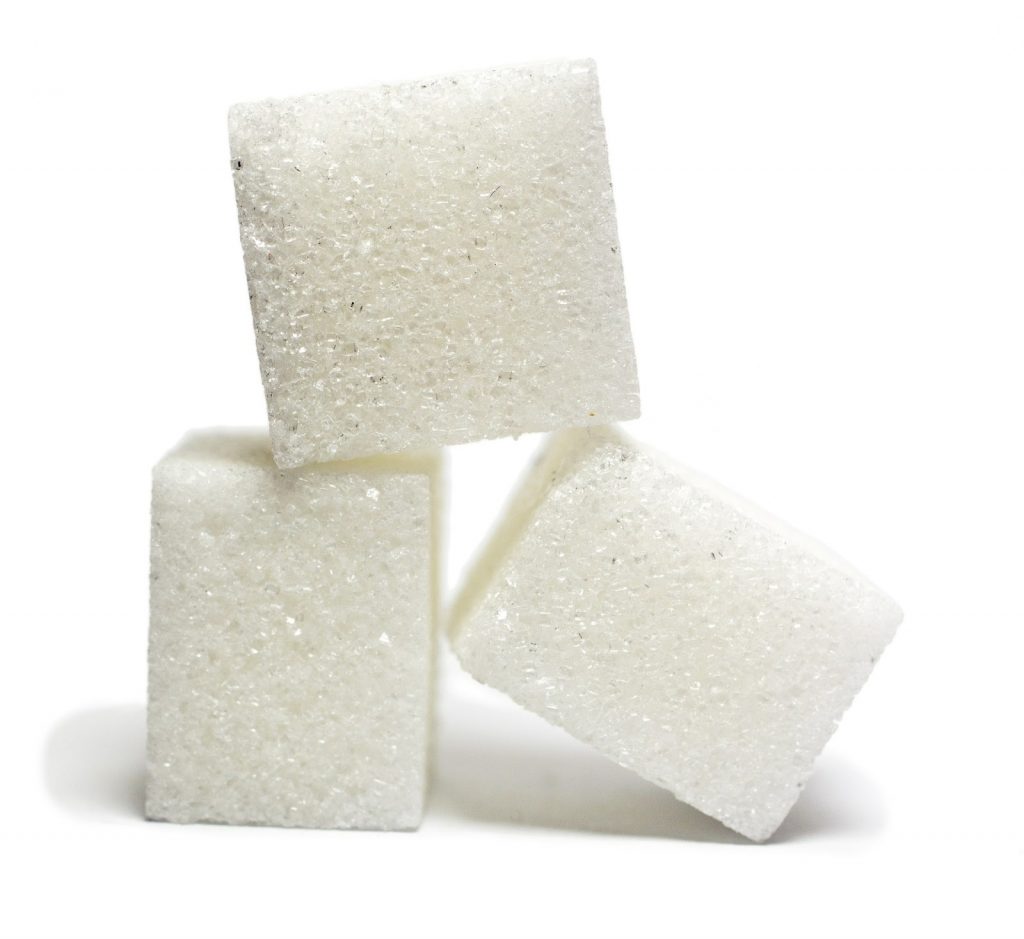 My skin is getting clearer and looks brighter.

I’m sleeping better, as I was waking up a lot during the night.

My appetite is starting to slowly reduce, and I’m not wanting to constantly snack throughout the day like I usually do.

So for anyone thinking of doing it, I would recommend it, and I plan to keep it up as much as possible as part of my lifestyle and the benefits far outweigh the sugary foods that I sometimes miss!